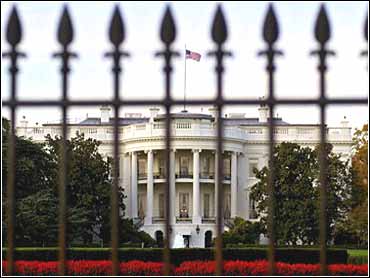 It's war at the White House. Every day.

The combatants: the government and reporters. The victims: the public and hard news journalism.

At least that's how an Emmy-winning filmmaker's new documentary, "The Press Secretary," depicts the daily effort to cover the president.

"We have an agenda and some things we want to communicate. The press has their agenda. And it's a battle every day over who wins," former presidential press secretary Joe Lockhart says in the film's opening.

More than 100 films will be shown by Saturday night. Iranian filmmaker Abbas Kiarostami will make a rare U.S. appearance at the festival. And two-time Academy Award winner Barbara Kopple will receive the festival's career award. Some of her documentaries will be screened, including her most recent, "My Generation," about all three Woodstock concerts.

Following "The Press Secretary" screening, Bogosian and Lockhart will hold a question-and-answer session.

The film is filled with war metaphors — the narrator describes Lockhart as the "field commander" who was "battle-tested" early in his tenure; the White House is "ground zero in the battle to control the nation's news agenda"; and reporters often "are forced to shoot first and ask questions later."

"We chose to sort of look at it as a war, which is what the White House and the press do," Bogosian said in a telephone interview from New York. "They view each news cycle as combat."

Terence P. Hunt, recently promoted to assistant chief of The Associated Press' Washington bureau after 20 years as the AP's White House correspondent, says in the film: "They can figure out what reporters are going to ask, most of the questions. And then, they go in and they make their own lists. We make lists, they make lists."

Bogosian, a three-time Emmy winner, received extensive access to the Oval Office and Lockhart's office over Sept. 13-15, a period that included a visit by Indian Prime Minister Atal Bihari Vajpayee.

In contrast with the scores of reporters and photographers who covered President Clinton's meeting with Vajpayee, the only coverage of President Kennedy's meeting with India's first prime minister, Jawaharlal Nehru, four decades earlier was shot on silent film.

"There's this incessant need to fill time in the perpetual news cycles," Bogosian said. "And the news expands to fit the time."

"To get out f the culture of speculation and analysis and back to hard news journalistic principles is something that likely won't happen, but I believe should," he said.

Recalling the axiom "we get the government we deserve," Bogosian said: "I wonder if that's also true of journalism. Do we get the journalism we deserve because we go to certain Web sites, buy certain newspapers or watch certain TV news shows?"

"Ultimately, it comes down to the news consumers, all of us deciding what kind of news we want on an individual basis," he said. "The more of us watch, tune in to or watch or read better journalism, the better journalists are going to be."

By MARTHA WAGGONER
© MMI The Associated Press. All Rights Reserved. This material may not be published, broadcast, rewritten, or redistributed