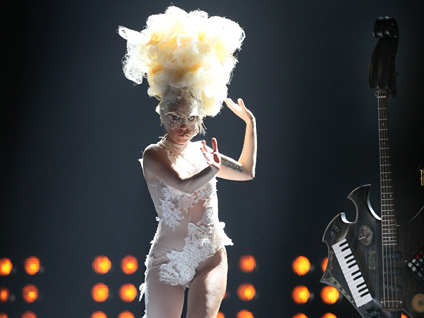 Over the course of his life, President Reagan wrote thousands of letters to friends, political allies and fans.

The youngest person to correspond with him was a 5-year-old elementary student named Rudolph Lee-Hines, who went by the nickname Ruddy. Both met when President Reagan visited the youngster's school, Congress Heights Elementary in Southeast Washington, D.C.

Hines was selected for the honor because he was a great reader and had participated in a national IBM project that taught students how to read using computer software.

As a little kid, Hines didn't have an appreciation for what the president was like. Now an adult, he tells The Early Show co-anchor Hannah Storm, his regard for the former president has grown after watching all the tributes paid in his honor since his death.

"I knew he was a great man," Hines says, "But when I was at work we got to see some of the tributes and remembrances to him on television, and I saw a lot more of him than I got to see as a pen pal."

One of the president's letters reads:

"...we went across to France for the observance of the 40th anniversary of D-Day. That was the day when our Allied forces stormed the beaches in World War II. It was the turning point of the war as we went on to defeat the Nazis and free Europe."

Asked what a letter like this meant to Hines, his mother Stephanie says, "Probably not a whole lot as a world leader. Rudolph would get his letters and read them to me and take them to school because the school would like to keep records of them. But when we'd talk about it, I said does that mean anything to you? He'd say, 'well, I knew there was a war and stuff.' He's recently told me that he thought that he really should have gone back and looked at some of the lessons that he had talked about, because President Reagan kept him up to date on quite a bit of the world history while he was president."

Mr. Reagan wrote about his travels abroad and gave Hines photos from some of his trips. He also encouraged him to read. In one letter, the president writes, "You also mentioned reading and that is good. Rudolph if you get in the habit of reading stories for pleasure you'll never be lonely. Sometimes I worry that TV is going to rob young people of the great pleasure there is in a good book."

Hines' letters talked about acting, friendship, schoolwork and summer camp, while the president told him about his Huck-Finn boyhood adventures. Hines visited the White House, and the Reagans had dinner with Hines and his mother Stephanie Lee.

But from all the letters he received, Hines is particularly appreciative of a piece of advice Mr. Reagan gave him.

Hines says, "There weren't that many lessons but there was one incident where he gave me advice on I had a falling-out with a friend. He gave me advice on how to reconcile with my friend and the advice did work. So I will always remember and thank him for that."

The two corresponded from March of 1984 until the end of Reagan's presidency. Hines didn't want to intrude on the president's life after the White House, so they never stayed in touch after that.