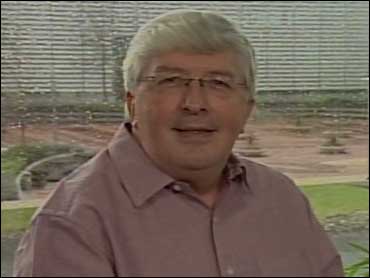 I have a world exclusive for you this morning -- a comment by the top man in our country. But first. Your new President made a sombre inauguration speech on Tuesday.

And over here, we were all suitably impressed at the way he was saying that you chaps over there are going to have to knuckle down and begin the hard work of remaking America.

I mention the speech, because I understood it. Respected it. I got it. But, here in Britain, no one in power is saying anything remotely sensible to us about the economic crisis.

Now, they're talking a lot -- a hell of a lot -- but no one is explaining why this thing -- a British Pound -- used to be worth two dollars and is now worth less than a dollar 40. So, I won't be going on my annual holiday to the States this year but I still don't know why. Respected American investor Jim Rodgers has recommended that it's time to bail out of Britain.

Meanwhile our Prime Minister Gordon Brown has told us that we're bailing out the banks. Which means, as far as I can see, that we taxpayers have to lend the banks a hell of a lot of cash, to try and encourage them to lend it back to us so that we can once again spend more than we can afford and get into debt. And so far, the bailout doesn't seem to have worked, because the latest rumour is that our Government will nationalise at least some of the banks. In which case, where did the money go? Who's got it? And are we going to get any of it back? I go to bed at night while the economic commentators are talking in millions and wake up in the morning to find them discussing billions. By lunchtime, it's trillions.

Last week, I spoke briefly to Gordon Brown. He seemed a bit preoccupied, so I tried to lighten the conversation by asking him what kind of a day he'd had. I expected him to say something profound and maybe pat me on the head and tell me not to worry about my shrinking pound. Not a bit of it. He looked at me, smiled a sad smile and said "oh you know, the day's had its ups and its downs". That was it. Its ups and its downs, in a week when the London Times has said we're trembling on the brink, and I still don't know if that means that things are bad, terrible, or disastrous.

As far as I can see the only way to deal with this is to treat it as one big joke, because as sure as hell I don't understand it and I'm not absolutely certain he does either.
By Simon Bates