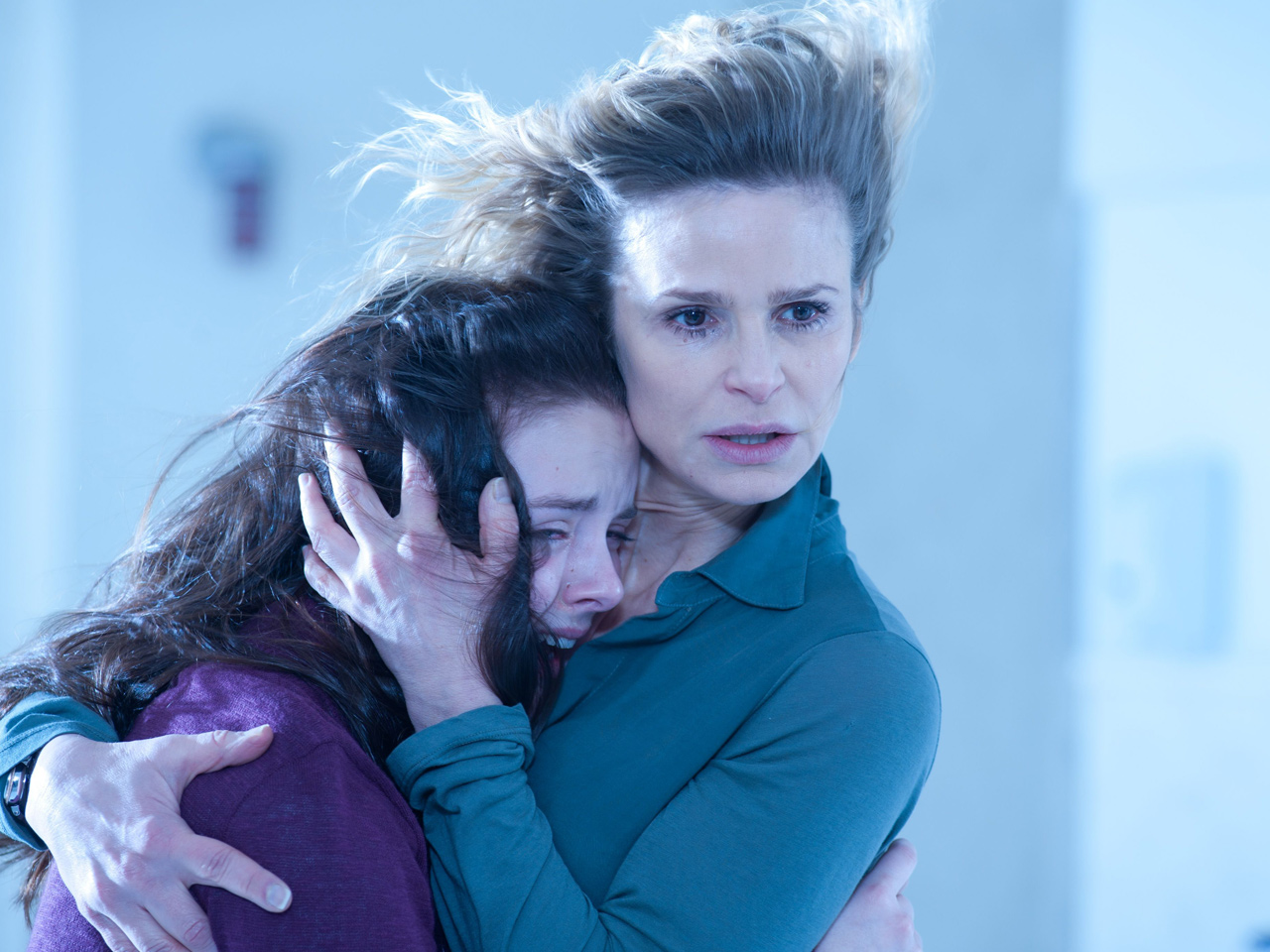 (CBS/AP) Horror ruled the box office for a second consecutive weekend as "The Possession" occupied the top spot at the movies.

The fright flick with Kyra Sedgwick and Jeffrey Dean Morgan playing the parents of a girl possessed by a demon earned $9.5 million in its second outing, the lowest grossing weekend for the box office this year and one of the worst weekends at the box office in a decade. It marked the first time since 2008 that no film managed to crack the $10 million mark.

The weekend after the Labor Day holiday is typically the slowest of the year, but this weekend's grosses were down 20 percent over last year when "Contagion" opened in first place with $22.4 million. Total box office revenues are estimated at $67 million, which would make this the worst weekend at the box office since the weekend after the Sept. 11, 2001, terrorist attacks when revenues were $59.7 million.

"There just wasn't a strong opener," said Paul Dergarabedian, box-office analyst for Hollywood.com. "We came off a summer that ended with a whimper. There wasn't any momentum. It just comes down to the movies and the marketplace. There's wasn't some extraneous force keeping people out of the theaters. This crop of movies just didn't have that solid draw.

The bootlegging tale "Lawless" starring Shia LaBeouf, Tom Hardy and Jessica Chastain kept a lock on the No. 2 position in its second weekend with $6 million, bringing its total haul to $23.5 million.

"The Words" featuring Bradley Cooper as an aspiring writer and Zoe Saldana as his girlfriend debuted in third place with $5 million. "The Words" isn't Cooper's only film these days. He stars in two movies being shown at Toronto Film Festival this month - "Silver Linings Playbook" and "The Place Beyond the Pines."

A pair of action sequels rounded out the top five films. The ensemble flick "The Expendables 2" earned $4.7 million in its fourth weekend, while "The Bourne Legacy" captured $4 million in its fifth outing at the box office.

"2016: Obama's America," a conservative film exploring the roots of President Barack Obama's political views, raised its total to $26 million in its ninth week of release, earning another $3.3 million this weekend. That now makes "2016" the second highest grossing political documentary of all time behind liberal director Michael Moore's "Fahrenheit 9/11," which holds the top spot with $119.1 million.

"The Cold Light of Day," the weekend's only other new major release, wasn't able to see the light of the top 10. The drama starring Henry Cavill and Bruce Willis earned just $1.8 million in the No. 13 spot.