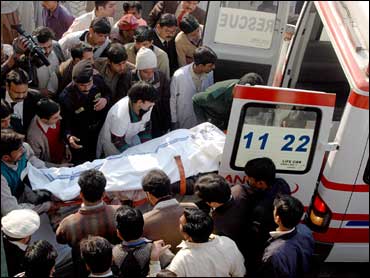 These days it's not unusual for people to tie the knot more than once. In fact, over 40% of all marriages are actually a remarriage for at least one of the people walking down the aisle.

CBS News Correspondent Russ Mitchell interviewed Susan Kelley, who surveyed 1,000 remarried couples to find the secrets to their success. She put her findings in a book called, The Second Time Around..

Of all of the above, Kelley says the most important step is the first one – healing yourself.

"That's the most important process in getting to a successful remarriage. Most people feel very guilty when they come out of a first marriage and feel like a big failure. You have to really rebuild your self-esteem," Kelley advises.

"You have to put yourself out there, rebuild yourself up. That may mean going through counseling…changing jobs. But you have to reinvent yourself. And have a new identity as a single person because you're no longer half of a couple," she says.

Larry and Penny Mockabee have been married to each other for more than six years. Both were previously married.

Larry said he felt defeated after his first marriage ended.

"I did go through counseling, which helped a lot…I networked with other people, both my age and not my age and other singles to build up my self-esteem," said Larry.

Kelley says it is important to date once you've put that closure on the first marriage.

"If you date immediately and jump right back in a relationship, you're going to be making the same mistake again," Kelley warns. "It's really important to do that healing process which is going through all of the…grieving of the divorce. Also, the forgiveness of your partner. Taking some responsibility for your part in the relationship ending, and then forgiving your spouse. According to psychologists, that takes about two years."

Kelley clarifies what she means by "haste makes waste."

"Most professional people and divorce attorneys will tell you, if you jump right in, on the rebound, without doing the emotional healing, you're going to marry the same person in different clothes and make the same mistake," says Kelley.

She says that often takes two to five years.

"And when you meet somebody, you need time to discuss every issue. A lot of people who remarry live together. But if you go through it without putting everything on the table ahead of time and discussing all the possibilities, I would recommend a very long engagement."

However, Penny and Larry met, dated and married within six months.

"I just knew," says Penny. "He was great, right from the beginning. We had a lot of things in commonHe was very dedicated to his son and that was very important to me, having my own two children."

Kelly points out that two of the biggest issues in remarriages are the ex-spouse and the blending of families. Both are areas that the couples should discuss in advance.

"They can discuss a lot of the issues, sometimes even go to family therapy to discuss what will happen. Who gets what room, where they're going to live, what to call the step-parent," explains Kelley.

"The longer you have for that process, the more it works. When you see the media portrayal of a blended family, it's The Brady Bunch…you don't anticipate problems and you get in there and think it's just you."

Penny says it's better the second time. "You really get an idea of who you are and what your needs are. I think it's easier for your spouse to meet your needs when you're comfortable with what they are."