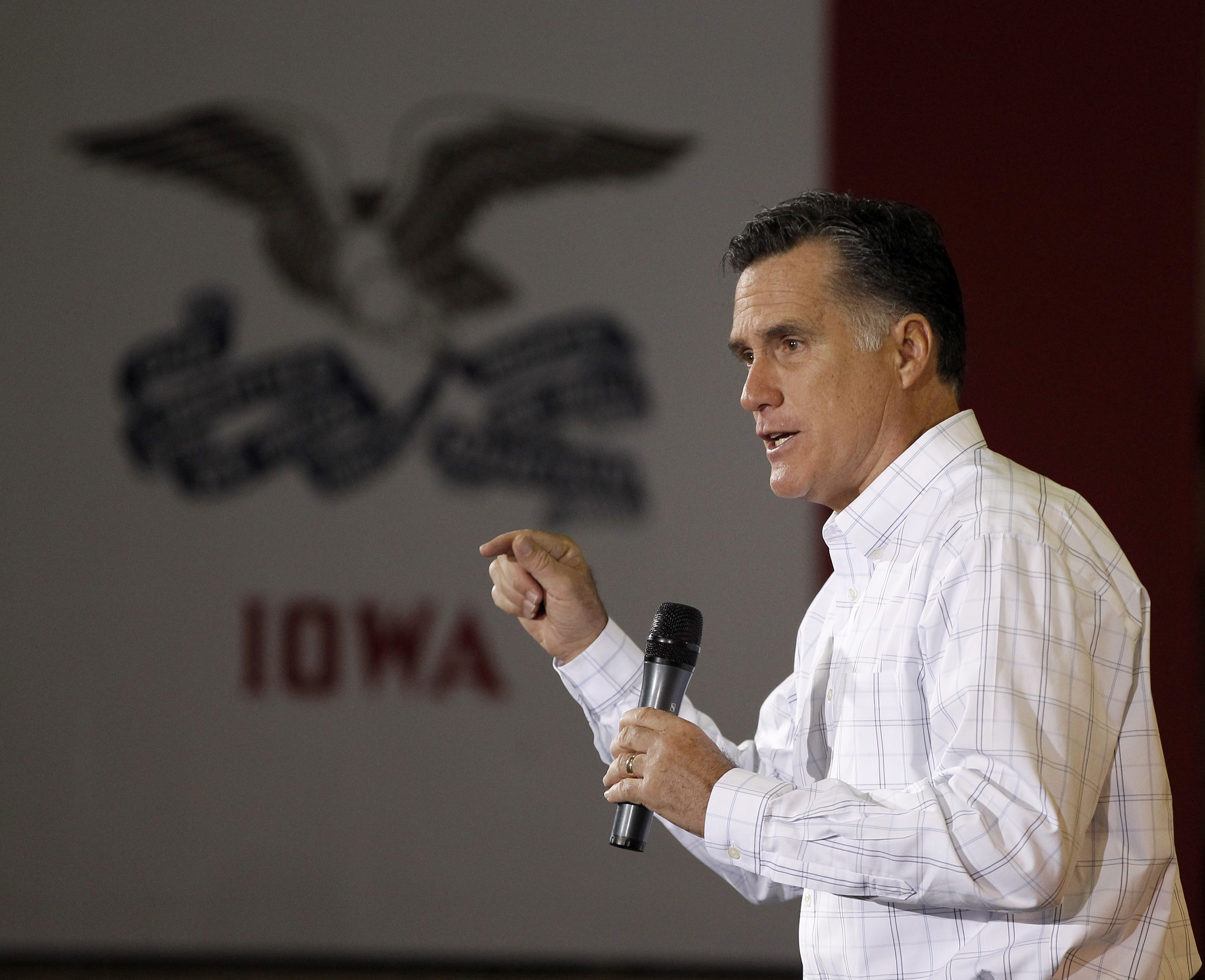 DES MOINES -- A total of 119,188 people participated in the 2008 Iowa Republican caucuses. That's about 20 percent of Iowa's registered Republicans, 4 percent of the population of Iowa, and .04 percent of the total U.S. population; it's also less than half as many people as fit into the seats at the Indianapolis Motor Speedway.

Every four years, this relatively tiny group of people -- a subset of a subset of a subset - holds extraordinary power. Their whims, and those of their Democratic counterparts, are breathlessly followed by a narrative-hungry media laser-focused on the first-in-the-nation voting event, and candidates that do poorly in the caucuses often drop out of the presidential race.

This despite the fact that they are far from a representative sample of the U.S. population or their party as a whole. Iowa caucus-goers are overwhelmingly white - the state's population is less than ten percent black and Hispanic combined, compared to 28 percent nationwide - and on the Republican side, 60 percent identified as born again or evangelical in 2008. The Hawkeye State is more rural than much of the country, meanwhile, and its 6 percent unemployment rate is 2.6 percentage points below the rest of the country.

Then there's the fact that Iowa holds caucuses instead of a primary, a system that requires voters to attend an evening community meeting on a chilly night and sit through a series of speeches before casting a ballot. (Work in the evening? Tough luck!) The caucus process tends to attract only the most committed voters, which tends to skew the results in the direction of party activists rather than the more casual voters more likely to cast ballots in a primary.

Defenders of Iowa's exalted place in the political process argue that the retail politicking the candidates do here is an early test of their viability, arguing the process allows Iowans to take stock of candidates in a way the nation as a whole cannot. That argument is harder to make in the Internet age, however - when a candidate is just click or two away - and isn't a defense of why Iowa specifically (or New Hampshire, which holds the first-in-the-nation primary after the caucuses) should have the honor of going first.

The state GOP states that Iowans ask candidates "detailed questions about particular policies" and boasts that "[s]ome presidential candidates have noted that Iowa voters ask some of the most sophisticated and nuanced policy questions they receive while on the campaign trail." But it's hard to see why residents of other states wouldn't do the former, and the latter sure sounds a lot like classic political pandering.

Iowa Republican Rep. Steve King, a staunch defender of Iowa's first-in-the-nation status, said the fact that Iowa is whiter than the rest of the country is irrelevant, telling Hotsheet that a focus on race is misplaced. He said the fact that the Iowa GOP electorate is more evangelical and born again than the country as a whole is a good thing, saying the rest of the nation should aspire to the values of Iowa's conservatives.

Iowa has gone first in the voting process since the 1970s, and it ensures its status with a law mandating that its contest take place before any other state. (Both the Democratic and Republican parties are on board with the state's spot on the calendar, and cater to party rules in ways that have maintained the status quo.) Iowa is fiercely protective of its status, and it's easy to see why: The influx of candidates and media provide a major economic boost to the state, and members of its political establishment clearly enjoy their status as potential kingmakers. (There have been accusations in this presidential cycle from Michele Bachmann and others that highly-sought endorsements were essentially bought.)

The media focus on Iowa can be misleading. Four years ago, Mike Huckabee won the caucuses on the back of born again and evangelical voters, then faded in the long slog to the nomination. (The eventual nominee, John McCain, finished in fourth.) In 1988, George H.W. Bush, who would go on to win the GOP nomination, lost Iowa to both Bob Dole and Pat Robertson; in 1980, Mr. Bush edged eventual nominee Ronald Reagan in the caucuses.

Meanwhile, the press' focus on every twist and turn of the Iowa horse race takes the focus away from the candidates' positions on issues and creates a distorted narrative in which candidates are often forced to spend weeks focused on winning a few thousand votes in an effort to win a trumped-up expectations game and avoid a flood of negative headlines.

If Ron Paul wins the caucuses this time around - he's near the top of state polls - it will give ammunition to those who say Iowa's protected first-in-the-nation status should be reconsidered, both by the national parties and the media. Paul's Libertarian views, which include a limited-engagement stance on foreign policy, put him out of step with many in the modern GOP, and political observers see him as a long shot for the nomination no matter what goes down in the Hawkeye State.

Whatever happens, it's more likely than not that the media will be back in Iowa four years from now for another round of horse race coverage focused on a narrow, unrepresentative slice of the population. The Iowa caucuses have become one of those accepted quirks of modern politics, one that becomes harder and harder to change as institutional resistance to altering the system builds with each passing presidential cycle. Which means that barring a serious effort to shake things up, you can expect to see presidential candidates making regular appearances amid the cornfields of this small Midwestern state for decades to come.