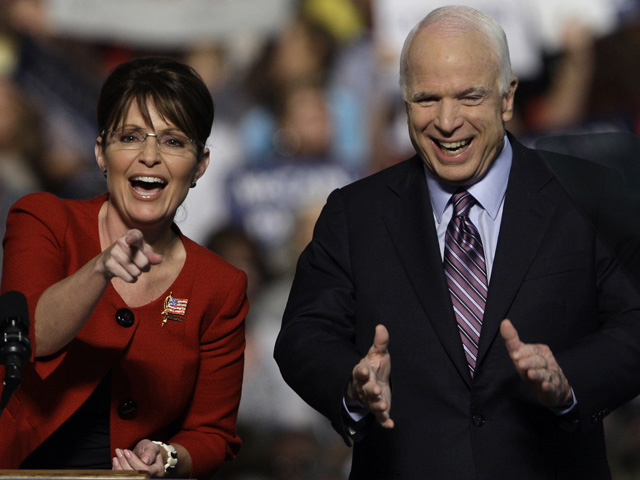 HBO's new docudrama "Game Change" (Saturday, 9pm ET) starts and ends with a classic 60 Minutes interview. In 2010, Anderson Cooper interviewed campaign strategist Steve Schmidt, who looked back on the decision to pluck Sarah Palin from Alaskan obscurity for the Republican presidential ticket in 2008:

ANDERSON COOPER: For you, picking Sarah Palin was about winning an election, not necessarily about who is going to be best as vice president?

STEVE SCHMIDT: My job was to give political advice. We needed to do something bold to try to win the race.

ANDERSON COOPER: If you had it to do over again would you have her on the ticket?

STEVE SCHMIDT: You don`t get to go back in time, Anderson and have do-overs in life.

If you watch the original 60 Minutes story "Revelations from the Campaign" (below), you'll notice that HBO spliced Anderson Cooper's actual questions from the 60 Minutes interview into the movie. Schmidt's half of the conversation was re-enacted by actor Woody Harrelson (nearly verbatim--learn your lines, Harrelson!).

Harrelson's dramatic portrayal of Schmidt makes for good TV, but veteran 60 Minutes producer Bob Anderson will tell you that the actual 60 Minutes interview with Schmidt didn't require much dramatic heightening.

"He was in an unusual position in having to criticize someone who he had a hand in choosing," Bob told 60 Minutes Overtime.

"I think he'd come to realize that she wasn't a good choice, and he wanted to set the record straight," Bob says. "He was looking to be honest--rather than be a hatchet man."

Who is Ali Soufan?