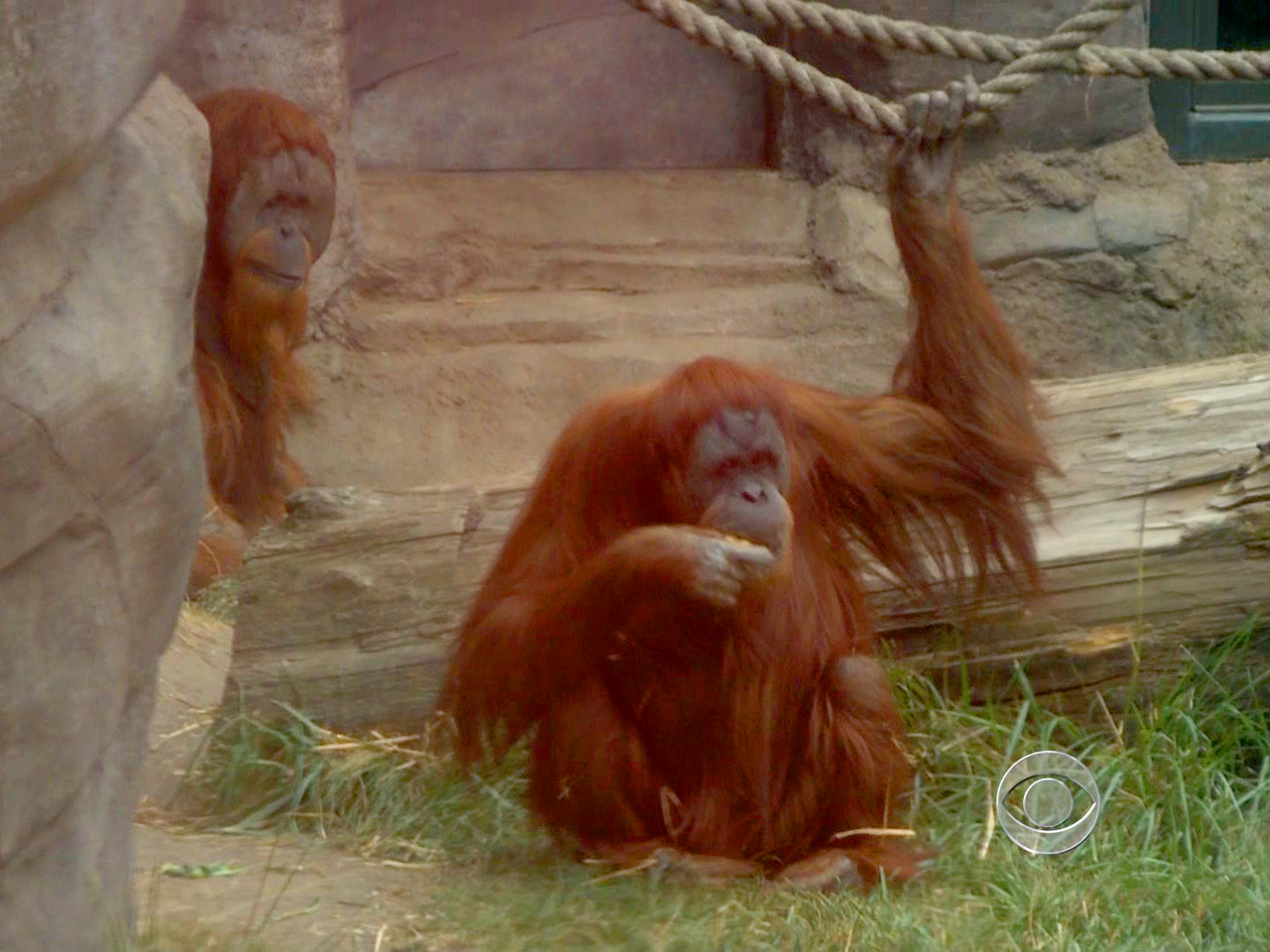 (CBS News) The natural home of the orangutan is the leafy rain forests on the islands of Sumatra and Borneo, but development has devastated their numbers. There are less than 30,000 of the species left today.

Orangutans can fill us with wonder partly because they are so much like us.

But two of the orangutans at the Oregon zoo, 52-year old Inji and 18-year-old Kutai, are part of a species fast disappearing.

"All of the apes are endangered but orangutans, I think, are at a critical point right now," said Jennifer Davis, who runs the Oregon zoo's primate program.

She recently wanted to see their plight first-hand in their most important habitat.

"So I flew to Sumatra," Davis said. "I expected to see just lush tropical rainforests, and as far as I could see, it was just palm oil plantations."

Huge plantations for producing palm oil are wiping out the rainforests in Sumatra where most orangutans live.

Singleton said the biggest threat is the growing demand for palm oil.

"You'd be amazed just how many products it's in. It's in shampoos, it's in soaps, it's in your biscuits, in chocolates. It's everywhere," Singleton said.

So those working to save the animals are asking consumers to start looking for a label that says "orangutan friendly."

It can be found on palm oil products produced in places that do not threaten crucial habitat.

"We want people to know there is still hope because there is, but it is at a critical turning point. It is at a point where we need to take focus on this or we could lose the species, and it's a very real possibility," said Jennifer Davis.

It's a possibility zoo visitors like Cassie Deitz seem to grasp.

"That's something I don't want to even think about. It sounds awful to me. So I'm really concerned," Deitz said.

The future of orangutans may depend, in more ways than one, on their close connection to us.