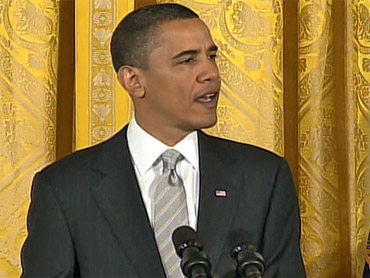 Victor Davis Hanson is a classicist and historian at the Hoover Institution, Stanford University, and editor, most recently, of Makers of Ancient Strategy: From the Persian Wars to the Fall of Rome.

President Obama, in the tradition of progressive Democratic leaders, believes governments should ask their countries' more economically fortunate citizens to be responsible for helping the less well-off.

But the president seems to fail to acknowledge that there are plenty of actions an individual can take to avoid becoming part of that growing crowd of "less fortunate." Instead, in Obama's world, there exists a simple zero-sum melodrama of victims and oppressors.

Surely life is too complex to be such a fairy-book morality tale.

Take finance. Of course, we are all still furious at the speculators on Wall Street for the September 2008 meltdown. But not all Americans took out subprime mortgages for homes at inflated prices. So why must some continue to pay their underwater mortgages to keep their homes, while others, as victims, may not have to?

Everyone should pay some income tax. So why does the administration talk about raising rates sharply and adding even more taxes on the 5 percent who already pay 60 percent of all federal income-tax revenue?

Health care also is also poorly defined by Obama's simplistic view of a noble public victimized by a few greedy insurers. Some Americans budget $100 to $200 each month for high-deductible, private catastrophic health plans. That means they pass on some consumer purchases to ensure they won't get stuck without coverage for an unexpected operation or accident. In other words, people make choices about how they allot their resources; they are not always just victims who are cruelly denied, or cannot afford, some sort of basic health insurance.

One reason so many Americans were against federalizing their health care is that those who do avoid some medical risks - alcohol and drug use, poor diet, obesity, or lack of exercise - are, in some cases, asked to pay for the health problems of those who don't.

Obama may now take on immigration reform in the same bipolar fashion. He decries the present policy toward illegal immigration and cites heartbreaking stories about workers forced to toil in the shadows by profit-hungry employers and an indifferent public. But again, we hear no mention by Obama of the role of human choice and individual responsibility.

When one breaks the law by entering the United States without proper authority and then continues to live as an illegal alien, choices are made that have many unfortunate consequences, both for oneself and for society at large. A failure to learn English or a decision to send back thousands of hard-earned dollars to Mexico or Latin America can only compound the dilemma of living without legal certification.

In all these cases, Obama commendably wants to help the less fortunate. But he seems to care far less for those who act responsibly - except to demonize them if they question whether it is fair or wise to subsidize those who at times don't.

The president would surely improve his standing if he urged Americans to buy fewer DVDs and instead more insurance plans - or to avoid drugs and drink, or not to borrow money that they have no desire or ability to pay back, or not to enter the United States in the first place without a proper visa.

Here I do not mean just offering the usual presidential generic good advice and platitudes, but tougher talk - backed up by decisions on policy - about the inability of any government always to make right the freely incurred bad choices of its citizens.

Then when things unexpectedly get rough, my bet is the American people will be more than happy to help the unfortunate.