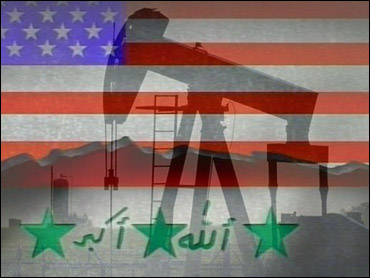 Prime Minister Mahathir Mohamad said Wednesday that Islamic states have discussed using "the oil weapon" in their campaign to head off U.S. moves to wage war on Iraq to force its disarmament.

Countries meeting for informal talks of the Organization of Islamic Conference in Kuala Lumpur acknowledged there would be "repercussions" if they sought to use their control over the world's oil market in their campaign to avert war, Mahathir said after the talks.

"There was no consensus about using the oil weapon. There was only consensus on thinking of the possibility of using the weapon - on that we all agree," Mahathir said.

"We should be very careful about using these double-edged weapons because it may hurt us more than it hurts the other parties."

Forty-seven of the organization's 57 member states met at the informal talks, including representatives from major oil producers Saudi Arabia and Iran.

The group also discussed making "common cause" with anti-war protesters in Western countries, and line up behind France and Germany in efforts in the U.N. Security Council to avoid war, Mahathir said.

The idea of using oil as leverage to influence U.S. policy on Iraq has been raised before, but has never achieved consensus among top producers, especially U.S. allies in the Gulf region. Saudi Arabia, the world's largest oil producer, has never wanted to repeat the global economic recession triggered by the 1973 oil embargo launched in response to the Arab-Israeli war.

Even without an oil embargo, Mahathir predicted in an interview last week with The Associated Press that war against Iraq - which has the world's second largest proven reserves - could push oil prices up to an unprecedented US$50 a barrel.

He also noted during the interview that if countries sought to use oil as a weapon they could risk attack by the United States.

The OIC talks Wednesday were hastily arranged by Malaysia to gather leaders of Muslim nations already in Kuala Lumpur to attend the Non-Aligned Movement summit, which ended Tuesday.

The summit tried to head off an Iraq war with the twin strategies of strongly urging Iraq to comply with U.N. demands to disarm, while making plain the group's opposition to a U.S.-led war.

Staunchly anti-war Malaysia, which takes over the chairmanship of the OIC in October, originally proposed an emergency meeting that would have been expected to reach a definitive position on Iraq before momentum toward war becomes unstoppable.

But current chairman Qatar, which is hosting U.S. troops massing for a possible war and singled out for criticism by Iraq, rejected that proposal, agreeing instead to hold an emergency OIC meeting next week.

Iraqi Vice President Taha Yassin Ramadan told reporters at the non-aligned summit that Iraq wasn't getting enough Arab support and that he was especially disappointed that some Arab nations say they oppose a war on Baghdad while hosting U.S. troops. Iraq has rejected any OIC meeting in Qatar, fearing an unfavorable outcome.

"Iraq should destroy them to show its sincerity," Mahathir said. "It's up to Iraq as to whether they want to comply or not, but our view is that anything that the U.N. asks Iraq to do, Iraq must do it."

Mahathir said that it was "well-known" that Washington wants to replace Saddam Hussein's government in Baghdad: "If that change is something that is acknowledged and accepted by the people of Iraq, I don't think we have a right to deny the Iraqis - not the government, but the Iraqis - right to accept whichever government that they want."