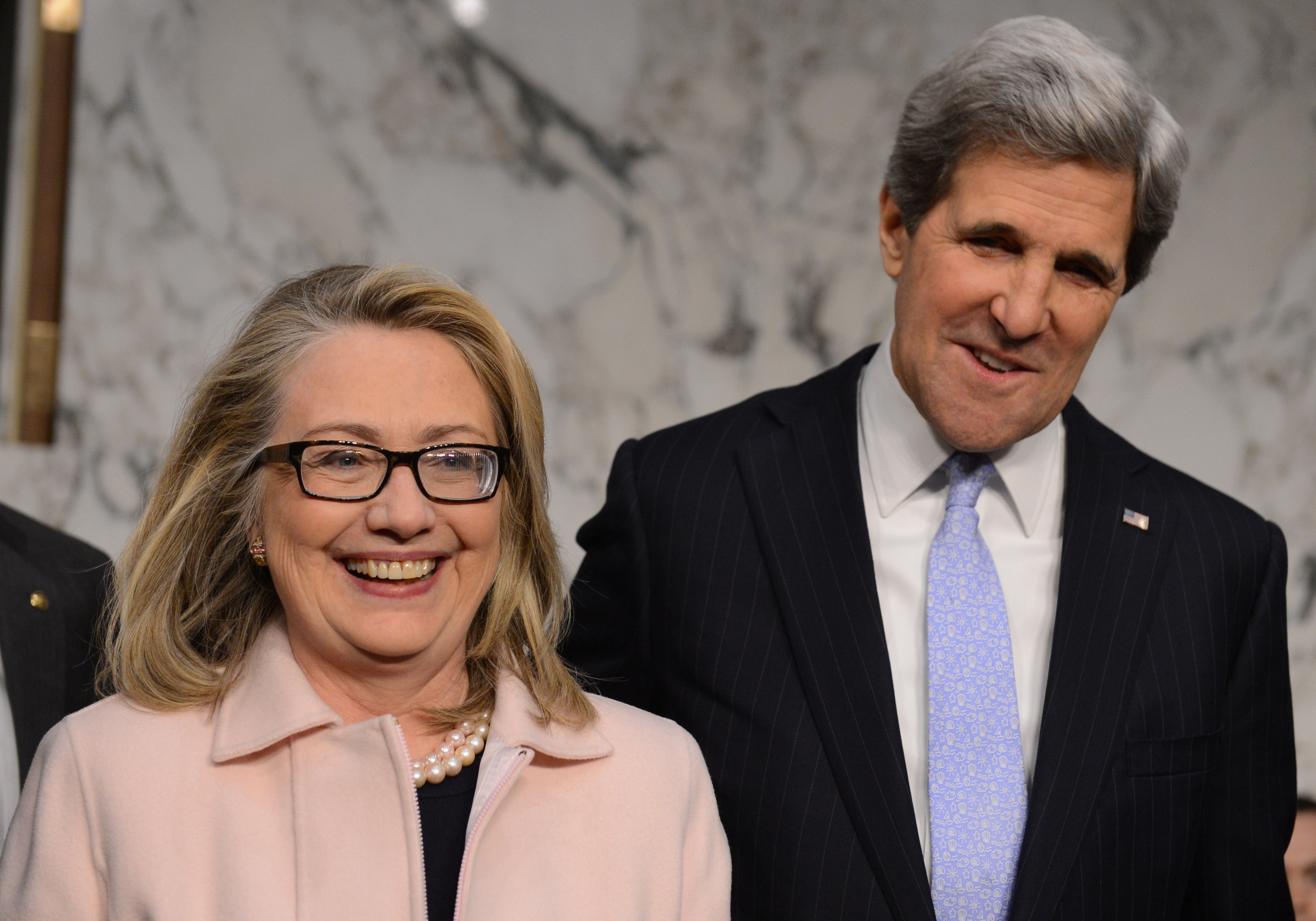 With concision and clarity utterly lacking in administration discussions of Obamacare, the State Department on Monday called a lie a lie.

The question was Rosen's, and Nuland's denial was unequivocal: "With regard to the kind of thing you're talking about on a government-to-government level: No."

This information now awkwardly marring the transparency table, Rosen reasonably asked Psaki if it is the "policy" of the State Department to "lie" to keep secret talks under wraps. "There are times when diplomacy needs privacy in order to progress," Psaki said.

The lie matters less than the investment in the talks themselves. They began when the U.S. was still fighting in Iraq, Iran's belligerence there and across the region was legitimately feared, and Iranian strongman Mahmoud Ahmadinejad was bellicose and manic.

The March talks intensified before the June election of new Iranian President Hassan Rouhani, meaning the Obama administration believed enough had been achieved with Iran's old guard that it could possibly seal a deal this year. Also, the talks continued even as the White House successfully pushed for tougher sanctions, imposed by its international partners and Congress. This belies the overheated assumptions back in September at the United Nations that Rouhani and his widely traveled foreign minister, Mohammad Javad Zarif, by themselves were paving the way toward a thaw in relations and a possible phase-one nuclear deal.

That means the White House has been playing the long game for some time, secretly talking and publicly sanctioning along the way. The administration can be accused of many things, but naivete and gullibility cannot be among them. They know the old and new Iranian guard and talked up to and around Iran's Supreme Leader Ayatollah Ali Khamenei—measuring his intentions, ambitions, and boundaries. From such calculations, big deals can be made. And the fact that the administration took these long-running measurements means it is not, as some have accused, falling for a fanciful Rouhani/Zarif "charm offensive."

That doesn't mean the phase-one deal is an unvarnished success or unmitigated disaster. It is a product of continuously sifted calculations on both sides, and it most conspicuously illustrates the limits of sustained economic and diplomatic pressure applied by the P5+1. As the White House has made abundantly clear, these negotiating partners—Russia, China, Britain, France, and Germany—had reached their own limits of isolating, punishing, and prodding Iran. Negotiations carried out with such partners, by their very nature, constrain U.S. interests.

Russia has long-standing economic and foreign policy interests, some of which conflict with ours. Preventing Iran from obtaining a nuclear weapon influences China's calculus in dealing with a nuclearized North Korea and its now publicly declared intent to extend naval influence in the South China Sea. Again, China's aims are not the same as ours. Keeping these two nations in the P5+1 harness was becoming increasingly complicated, as was maintaining European buy-in on economic sanctions that denied Britain, France, and Germany millions in commerce they eventually want to recoup.

Plus, the pace and invisibility of Iran's uranium enrichment made the threat of it crossing the "breakout" threshold too dangerous and real to ignore. For the White House, the time for a time-out was now. Waiting longer could have left the world, the region, and Israel with an untenable nuclear fait accompli.

That doesn't mean there are not trap doors, the biggest of which concerns possible Iranian recipients of the estimated $7 billion in sanctions relief Iran will now enjoy. As Der Spiegel points out, those now unfrozen funds, or some of them, could wind up in the hands of the National Development Fund, a benign-sounding entity that Western intelligence agencies suspect supports two nefarious entities: Novin Energy, a secretive part of Iran's feared nuclear-weapons program, and the Quds Force, a nasty cell within the Iranian Revolutionary Guards with a history of anti-Western terrorist training missions and campaigns (it's currently fighting to protect Syrian dictator Bashar al-Assad).

What becomes of Iran's phase-one financial relief is a crucial issue for the U.S. to weigh—in addition to requiring full compliance with the new inspection protocols of Iranian enrichment facilities and the Arak heavy-water nuclear reactor.

This is why Congress is watching and threatening to wield the threat of tougher economic sanctions even as the initial deal begins to be implemented. The House passed its bill in August, and it sits as a ready cudgel on the desk of Senate Foreign Relations Committee Chairman Robert Menendez, D-N.J., should Iran dissemble or backslide. While the White House makes great sport of opposing new economic sanctions, the threat reminds Iran about the price of noncompliance—and that the U.S. can and will assert its sovereign foreign policy goals even if Russia, China, and Europe go economically and geopolitically wobbly.

The administration told what it considered a useful lie about secret talks with Iran. The key to phase one of the Iran deal is for the White House to tell no lies to itself now about Iran's actions. It's equally important the administration not lie to itself about the value of its cloak-and-dagger diplomacy. Just because it got us here doesn't mean it can get us to an Iran that abandons its equally secretive pursuit of nuclear weapons.