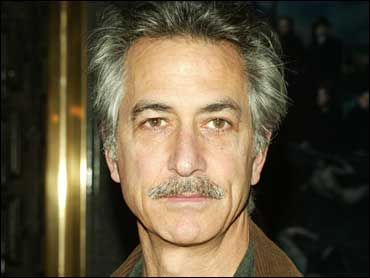 He's been around for quite a while.

You might have seen David Strathairn as many as 25 years ago when he was in "Return of the Secaucus Seven." That marked the beginning of his movie career and also the beginning of his professional association with director John Sayles. (They went to Williams College together.)

His other movie credits include Patchett the pimp in "L.A. Confidential" (1997), Tom Cruise's brother in "The Firm" (1993), and Meryl Streep's husband in "The River Wild" (1994). Under the direction of the late Christopher Reeve, he played the father of an AIDS-stricken son in the HBO movie "In the Gloaming" (1997).

If you were a fan of the old TV series "The Days and Nights of Molly Dodd," you saw him in a recurring role as Moss Goodman, the guy who sold books.

More from CBSNews.com on David Strathairn and on the Oscars ...
View CBS News In
CBS News App Open
Chrome Safari Continue
Be the first to know
Get browser notifications for breaking news, live events, and exclusive reporting.