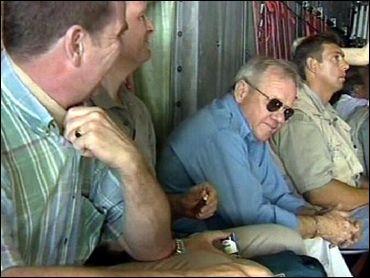 A council of up to nine Iraqis will probably lead the country's interim government through the coming months, the American civil administrator said Monday.

Iraq's U.S. administrator, retired general Jay Garner, said he expected a small group of leaders to take the reins of post-Saddam Iraq. Such a notion had been discussed last week at a political meeting in Baghdad.

"What you may see is as many as seven, eight, nine leaders working together to provide leadership," said Garner, who was making a one-day trip Monday to Basra, Iraq's second-biggest city.