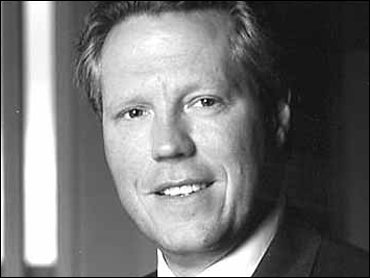 It may be the biggest outstanding mystery in the Enron story: the death of Cliff Baxter, a former top Enron executive. He'd just agreed to testify to Congress in the Enron case. A congressional source tells CBS News that Baxter wasn't a target in the probe, he was to provide evidence against others.

But on the morning of January 25th he was found in his car - shot dead.

Police were criticized for calling it a suicide before investigating, so they kept the case open. The fact that it's still open more than two months later has made the Cliff Baxter case prime fodder for murder conspiracy theories, reports CBS News Correspondent Sharyl Attkisson.

Adding to the mystery is a letter - perhaps a suicide note - that Baxter's wife is fighting to keep private. Groups like the Texas Freedom of Information Foundation want at least part of it made public.

"I believe very strongly that Enron is mentioned in it," said Joel White, the group's attorney.

Asked why he couldn't rule out murder, Wagner said, "because murder can be made to look like a suicide. ... Someone who is knowledgeable about forensics can very well have the ability to stage a murder, commit a murder and stage it to look as if it was a suicide, understanding what the police are going to be looking for."

"This kind of ammunition cannot be easily or readily traced back to the gun from which it was fired," explained Wecht.

"It's not as frequently used by people for any reason. It's not the type of ammunition one finds in guns - it has a specific purpose: shooting at snakes and rodents in order to get a distribution pattern of the small pellets contained within the nose portion of the bullet. It's not something that a person is likely to have and to use if they intended to kill themselves," said Wecht.

Other unanswered questions include mysterious wounds on one hand and unexplained shards of glass in Baxter's shirt. All reasons to look deeper to rule out murder.

But Wagner says glaring police errors may make it harder to close the books on the Baxter case.

First, nobody wrapped the hands to preserve evidence.

"When the body did finally arrive for the autopsy, the hands hadn't even been bagged," said Wagner.

"I'm just amazed frankly that the hands were not bagged," Wecht said.

"From what I've seen looking at the vehicle, it doesn't appear they even fingerprinted it," continued Wagner.

"The police narrative is vague for this type of investigation. It's important to get a timeline of the events that took place through the course of investigation - that appears to be lacking in the original report from the crime scene. Without that, without being able to piece together what was done when, it's very difficult to understand the events that took place and how they unfolded from that report," said Wagner.

The gun and other evidence were moved before photos were taken. The body was moved as well. There's a puzzling mention of blood outside the car from someone laying Baxter on the ground.

Wagner says that only should have happened if rescuers pulled him out to revive him. But even that scenario doesn't add up - the body is back in the car when the funeral home arrives "and that's something that is not explained in the police reports," said Wagner.

"I think there were some very important things omitted from the original investigation report that should have been included in it. I would like to have known what were the first couple things the Fire Department did to treat the victim allegedly as he was sitting in the car and from that point how did they change the initial crime scene. What was moved? Did they remove the body from the vehicle? It's actually unclear how they treated the actual scene," Wagner said.

Incredibly, even though an autopsy is required by law, none was ordered. By the time that decision was reversed, Baxter's body was being processed at a funeral home.

The coroner says police still won't tell her exactly who handled and who saw the body before it finally reached her and won't even give her routine information.

The official finding on Baxter's death may well end up being suicide, but for now his death certificate remains unsigned. And at least one provocative question is left permanently unanswered: what, exactly, Cliff Baxter would have told investigators about the biggest corporate scandal in history.