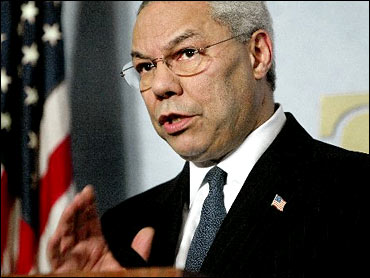 This article was written by Martin Plissner, the former Executive Political Director of CBS News. Plissner is the author of "The Control Room: How Television Calls the Shots in Presidential Elections."

The Bush administration's case for overthrowing the government of Iraq may offer evidence of secret weaponry beyond what United Nations inspectors have already turned up. But to the extent the administration is calling for an act of faith, it's a task for America's most trusted man.

The United States once had such a man – product-tested and recognized worldwide.

In 1972 a prominent pollster, Oliver Quayle, asked voters for a "thermometer reading" on their level of trust in that year's candidates for major public office. Somebody suggested one more name: Walter Cronkite, the CBS News Anchor who ruled the evening news ratings as no one else before or since. In the Quayle survey, none of the politicians came close.

That was enough for the network to brand its helmsman "the most trusted man in America" -- a label which stuck long after Cronkite set sail from his anchor desk in 1981.

Is there such a man today? As it happens, there is, and he's making the administration's case at the United Nations.

Last August, the Pew Research Center did a survey with a thermometer of its own. It asked Americans to grade on a scale of one to four how much they believe of what a long list of public figures say. A four meant you believe just about everything. A one meant you believe almost nothing.

Cronkite was not on this list, but the current evening news anchors were. Counting threes and fours as favorable answers, Dan Rather, Peter Jennings and Tom Brokaw all scored between 70 and 72 and led all but one of the government figures on the list.

The secretary's lead over the anchors was, to be sure, within sampling error, but the margin over his chief rivals for clout in the Bush administration was not.

Vice President Cheney was nearly twenty points behind, Defense Secretary Rumsfeld 30 points. The president himself trailed his secretary of state by seven points -- well outside the margin of error.

You have to go a long way back (Jefferson?) to find another man in Powell's post who rivaled in popularity the president under whom he served. Since 9/11 Bush's job approval ratings have been quite high compared to those of past presidents (though lately they've been coming back to earth) but at every stage Powell's have been higher. In last month's Gallup poll, favorable opinions of Powell ran 10 to 1, of Bush 3 to 1.

On still another measure, arguably, Powell also stands up well against his president. While Bush has never won the popular vote in a presidential election, there is a good case that Powell might well have.

In 1996 I was political director of CBS News, and one of my perks was to place a question for the network's very own on the national exit poll of Voter News Service.

The one I picked was who the voter would have chosen if the Republican candidate for President had been Powell instead of Bob Dole. Given this option, voters who had just chosen Bill Clinton by a near landslide over Dole, voted:

No one is more aware of Powell's unique standing with the public than the president himself. Bush on occasion has suggested edgily that the secretary be a little less stingy with his "political capital." The official banker of such capital at the White House, Karl Rove, has been more than a little exasperated at Powell's keeping his in a separate account.

The Most Trusted Man in America will be drawing on it all in making the case for a speedy resort to war to a skeptical world and an uneasy country.