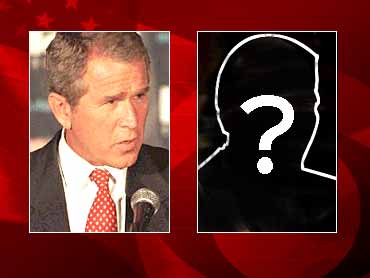 With the GOP convention coming up fast, George W. Bush says his list of possible vice presidents is shrinking fast.

Possibly only the selection of the pope is more secretive. Bush and his VP searcher-in-chief, former Defense Secretary Dick Cheney, have made it their number one job to find the perfect number two.

In an interview with CBS News Correspondent Bill Whitaker, Bush said there are no litmus tests in the selection process.

"I'm going to make up my mind based on what I think is right."

So what's Bush looking for in a vice president? "Can the person be the president? Can we get along? Those are the two most important criteria."

Each has strengths and weaknesses. Ridge, for example, could bring a big state, but the pro-choice Catholic could turn off the party's big anti-abortion bloc.

But Bush insists Ridge and the other pro-choice Northeast governors (Christie Todd Whitman of New Jersey and George Pataki of New York) are still in the running.

"I am truly considering those," said Bush. "Those people are my friends. I know them well."

GOP pollster Ed Goeas says, "The only danger is that you don't want someone that brings in the first couple of days negative stories about who they are and what they've done in the past."

The campaign says it hasn't yet decided when to announce the running mate - at the convention, the traditional way, or several days earlier, as key staffers urge, so the team can make a triumphal entry into Philadelphia.