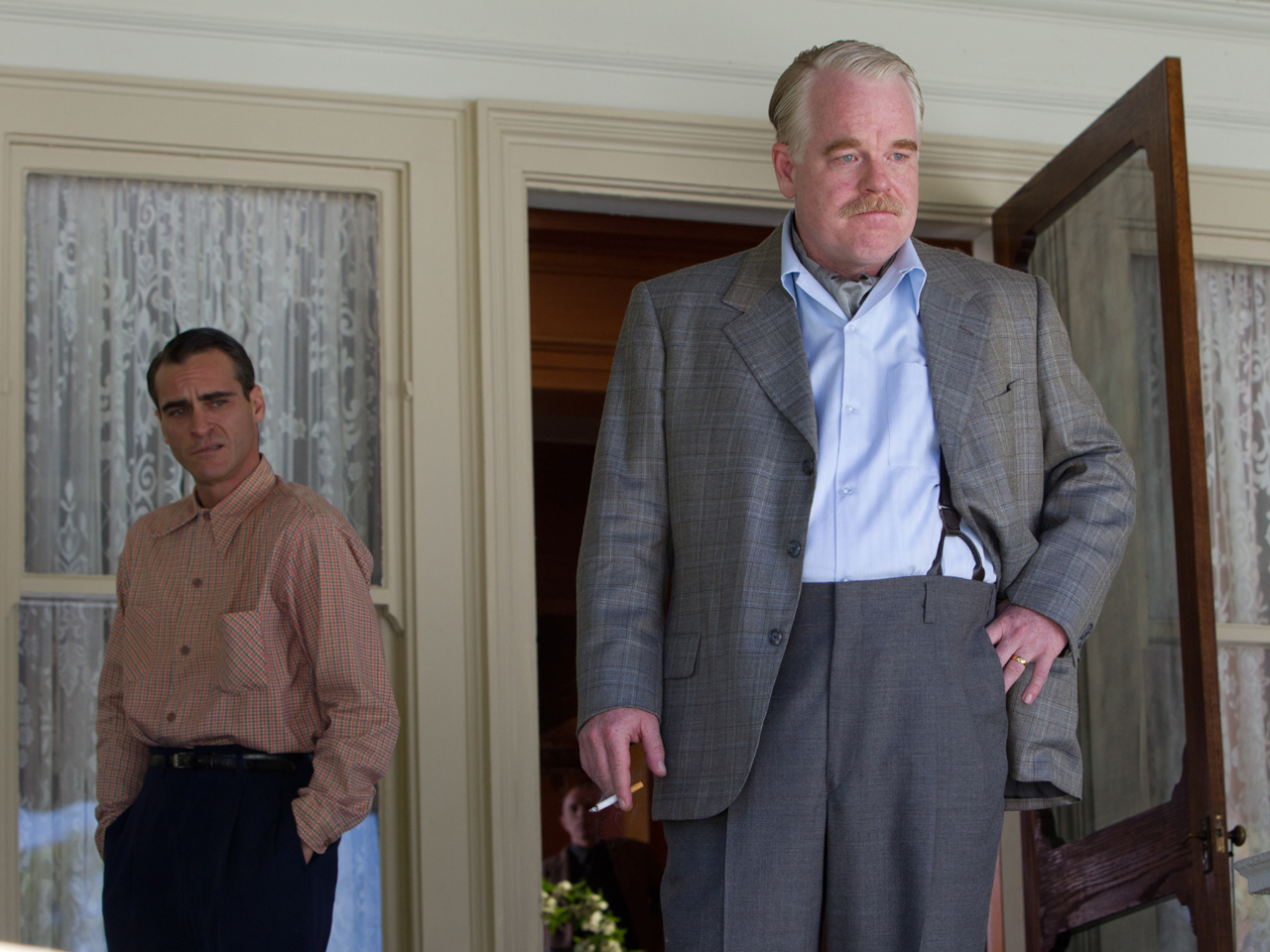 The Weinstein Co. release made $729,745 in five theaters in New York and Los Angeles for a record-setting per-screen average of $145,949, according to Sunday studio estimates. The hugely anticipated film, which just won several of the top awards at the Venice Film Festival and will open in more cities in upcoming weeks, stars Philip Seymour Hoffman as a charismatic cult leader and Joaquin Phoenix as his wayward protege.

The No. 1 film at the box office was "Resident Evil: Retribution," which took in an estimated $21.1 million in its debut. This is the fifth film in the Sony Screen Gems action franchise, starring Milla Jovovich.

That topped the 3-D re-release of the Disney Pixar animated favorite "Finding Nemo," which opened in second place with $17.5 million.

The 3-D "Resident Evil: Retribution" was directed by Jovovich's husband, Paul W.S. Anderson, who has made three of the five films. It features the actress once again as the warrior Alice, the last hope for the human race as an evil corporation unleashes a deadly virus that creates more flesh-eating undead on a worldwide scale.

The re-do of "Finding Nemo" follows in a recent tradition of Disney converting its classic animated movies into 3-D for a whole new audience. The 2003 underwater comedy about a tiny, lost fish named Nemo, featuring the voices of Albert Brooks, Ellen DeGeneres and Willem Dafoe, won the Academy Award for best animated feature. can have a real winner worldwide."

Last week's No. 1 movie, the Lionsgate exorcism thriller "The Possession," fell to third place with an estimated $5.8 million. Among the other new movies this weekend, "Arbitrage" opened in 12th place in limited release with nearly $2.1 million. Richard Gere stars as a hedge-fund billionaire juggling scandals that could destroy him personally and professionally.

The huge opening for "The Master" beats the per-screen-average record for a live-action feature debut set earlier this year by Wes Anderson's "Moonrise Kingdom," which made $522,996 when it opened on four screens in May for an average of $130,749.

Part of the allure was the rare opportunity to see the film projected in lush 70mm, which was possible at four of the five locations where it was playing. Expertly paced trailers released over the past few months revealed nothing, and unannounced screenings in select cities created more buzz. And some of the film's mystique may have come from its parallels to the origins of the secretive Church of Scientology. Anderson has said the church's founder, L. Ron Hubbard, provided inspiration for Hoffman's character.