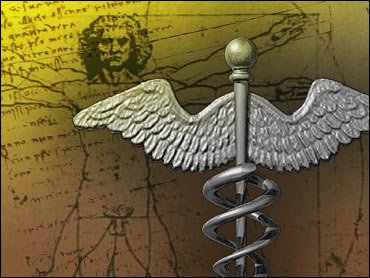 You hear it over and over again, in casual conversation and in serious debates among experts: If we create universal health insurance here in the U.S., then we'll end up with less responsive, less advanced medical care. Few arguments have done as much political damage to the cause of universal health care. And, as wonks like me have been arguing in recent months, few arguments fall apart more quickly under scrutiny.

After all, if universal health insurance means long queues for treatments, then why aren't patients in Paris or Hamburg waiting months for routine services — while patients in Boston and Los Angeles are?

If it means getting rushed, impersonal treatment, then why do France and Germany give new mothers more than four days to recover in the hospital, while insurance companies in the U.S. push new mothers out before two?

If it means making do with less advanced technology, then why does Japan have more CT and MRI scanners per person than we do?

And if it means worse health care overall, then why do so many studies show the U.S. scoring so poorly on international comparisons, including those examining "mortality amenable to health care" — a statistic devised specifically to test the quality of different health care systems across the globe?

Still, there's one part of this argument that hasn't been quite so easy to rebut. It's the suggestion that countries with universal health insurance lag in one crucial area of care: "high-end" treatment. As the argument goes, all of those general statistics comparing national health care performance are interesting but ultimately insignificant. What we should really care about, these critics of universal coverage say, is how well each country does at taking care of people with the most serious diseases — particularly cancer.

It's tougher to rebut this claim on the merits because, in at least some respects, the U.S. really does seem to be a world leader in curing cancer. And it's a powerful argument politically because cancer is such a truly frightening disease. But it's one thing to say the U.S. is one of the best countries in the world for curing cancer. It's quite another to say the U.S. is unambiguously the best of all — and that government interference keeps other countries from keeping up with us. It's the latter set of claims that the opponents of universal health insurance, particularly on the right, love to make. And, thanks to a new study, there's good reason to think they are wrong.

The study, from April's edition of the Annals of Oncology, comes from Swedish researchers Bengt Jonsson and Nils Wilking. It begins with a premise about the nature of cancer care: Recent advances in survival rates, the two researchers say, have a lot to do with the development and use of new drugs. So if you want to see how well a country is treating its cancer patients, they suggest, one good test is to measure how quickly that nation approves the latest treatments and gets them out to people that might benefit from them.

The rest of the paper reveals the result of that test. And, if you only glanced at it quickly, you might think it validates the conservative worldview — since, compared to Europe as a whole, the U.S. indeed delivers new drugs more quickly. Such a thought process seems to have gone through the head of Paul Howard of the Manhattan Institute, when he cited the Jonsson-Wilking study in a washingtonpost.com article championing the U.S. health care system last week.

But wait a minute. That comparison is between the U.S. and Europe as a whole — including countries like the United Kingdom, which, because of their extremely low spending levels, restrict the availability of new equipment and treatments pretty rigorously, and former Eastern Bloc nations like Poland, which remain technologically behind the rest of the continent.

If you really want to know how universal health insurance per se affects the diffusion of cancer drugs, a much more logical comparison would be between the U.S. and some of the countries that more closely resemble us in terms of economic development — and that don't spend quite so little money on their own medical care systems. And guess what happens if you do that? A very different picture emerges: We may be atop the world when it comes to getting new cancer drugs to our patients, but we're hardly alone on that perch. Three other countries — Austria, France and Switzerland — are right there with us.

I'm still looking into the details of Austria's system, but if you know anything about the health care systems of France and Switzerland, it's easy to see why this might be the case. Although those two countries have markedly different insurance systems — France's is much closer to a government-run, single-payer system than Switzerland's, which relies more on private insurance — both spend more than their European counterparts (but still less than the U.S.) to guarantee patient convenience and access to cutting-edge care. France, in particular, has an abundance of cancer radiation equipment — more even than the U.S., according to Victor Rodwin of New York University.

Admittedly, the paper is vague on one key point: It doesn't indicate whether, among those four world leaders, the U.S. stands out as the best. If it did, the argument against universal health care might still have some small merit. Fortunately, Jonsson and Wilking have e-mail addresses. And they were kind enough to respond when I contacted them. "Overall," I asked, "was one country significantly and consistently better than the other three?" Wilking's response: "Not really."

Does this settle the question of which country has the best cancer care? Hardly. Measuring the success of treatments for serious disease is inherently complicated and ambiguous. As conservatives rightly point out, the U.S. really does seem to have the highest cure rate for some cancers — including breast and prostate cancers. But it's not at all clear these figures reflect the nature of insurance here in the U.S.

It's possible — indeed, many experts would say more likely — that those statistics ultimately reflect a cultural preference for aggressive treatment, sometimes to the point of over-treatment. That seems particularly true of prostate cancer, given mounting evidence that many patients receiving treatments — which come with serious side-effects — actually have slow-developing tumors that don't really threaten them. (In other words, they'd die of something else long before the cancer gets them.)

Also, it's not as if the U.S. is the leader at treating every cancer. The Swedes — among others — are better at cervical and ovarian cancer. The French have superior numbers on stomach cancer, Hodgkins disease, and non-Hodgkins lymphoma.

And this is consistent with other new evidence, dispelling the myth that Americans get more high-tech, advanced care than their counterparts across the world. Earlier this year, a report by McKinsey & Company — which nobody would mistake for a communist front — showed that while Americans get the most knee replacements per person over 65, Germans get the most hip replacements. (Besides, as Paul Krugman recently noted in his New York Times column, here in the U.S., Medicare pays for the majority of hip replacements. Medicare is one of those dreaded government-run programs, so it's not clear why the hip replacement example would validate conservative faith in private insurance.)

Truth be told, if you really care about which country has the best health care system, you may have to answer a far more complicated question — namely, whether paying for the newest treatments, which are frequently the most expensive, is really the best way to spend money on health care. Some would argue that it makes more sense to spend that money on other treatments, like preventative care, that yield much greater improvements in health at much lower cost. This seems to be what countries like England, among the lowest-spending countries around, are trying to do. (For more on new cancer drugs, and exactly what benefits they yield, I highly recommend Merrill Goozner's "The $800 Million Pill.")

Still, that particular question — whether countries should invest so heavily for what may be marginal extensions of health — is an ultimately philosophical one. This issue of universal health care and how it affects cancer drugs, on the other hand, is strictly empirical. And thanks to this new study from the Swedish researchers, we can answer it a little more definitively than before — with the arguments against universal health looking even less convincing than before.
By Jonathan Cohn
If you like this article, go to www.tnr.com, which breaks down today's top stories and offers nearly 100 years of news, opinion and analysis

Separating War And The Warriors