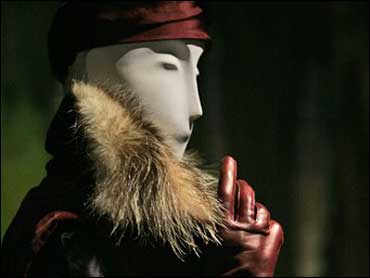 Paul Poiret was a pioneer in modern fashion design. He gave women permission to throw out their petticoats and corsets. A century ago, he had no problem designing slacks for women. He embraced the notion of personal style over rigid rules of "ladylike" dressing.

So, why have so few people heard of him? "Fashion has a very short memory," said Harold Koda, curator at The Metropolitan Museum's Costume Institute. "His fame came before World War II, so only historians and other fashion designers really knew of him."

2But in 2005 the Met purchased at auction almost two dozen of the outfits Poiret created for his wife-muse Denise in the early 1900s, and Koda was reminded of his influence on what we wear today. When describing the Poiret pieces, including cloak-style coats, drop-waist chemises and empire-waist gowns, Koda repeatedly uses the word "modern."

The Costume Institute opens "Poiret: King of Fashion" on Wednesday. Visitors will recognize the shapes, if not the names of the designer and his style posse.

PHOTOS: A-List Dresses Up For Met Gala
"Poiret transformed fashion from the 19th century to the 20th century, especially with his draping," said associate curator Andrew Bolton. "He created the modern form of today."

The switch to the looser draped silhouette from a tailored garment was partially a practical move as Poiret did not know how to sew, Bolton explains, but it also was a reflection of an avant-garde attitude that rejected anything with a strict structure.

He gave women a freedom in their wardrobe they'd never had before, first abandoning the petticoat in 1903 and then the corset in 1906.

But Sally Singer, Vogue's fashion news director, points out that the shape Poiret was most famous for -- a ballooning middle and a shackled leg -- hasn't been in style for some time, likely accounting for some of his obscurity.

3"Fashion has been rather body conscious from the 1980s on thanks to the fitness revolution, so the last 20 to 30 years of dressing has been about showing off your curves," Singer said. "But that's changing in recent fashion."

The upcoming fall collections are clear reverberations of Poiret's style, she explains, especially the long dresses with fur hemlines and beadwork from Proenza Schouler and the layered dresses with no obvious waistlines from Rodarte. Thakoon Panichgul and Vivienne Tam also specifically cited Poiret as an influence on their latest styles.

"It's a good moment for Poiret right now," Singer said. "Women are so sophisticated about clothing and what it can do to make them alluring and interesting. The day of designer fashion equaling a blatant sexuality and glamour is over."

And, she adds, it's time for the industry to embrace Poiret's philosophy that fashion should be a bit dramatic. "The one thing people can learn from Poiret is that when you dress up, dress up. Be interesting. Be like his wife, who people would look at on the street. It's about standing out for all the right reasons."

It also seems that Poiret created the business model of the lifestyle brand so many fashion houses are still trying to emulate. He didn't advertise but he gave his very best clients catalogs filled with gallery-worthy illustrations by Paul Iribe and Georges Lepape of stylish women wearing his designs. He collaborated with artists including Raoul Dufy on textile designs, many of which were influenced by Orientalism, putting them ahead of the East-meets-West trend that's still a force in fashion.

He mingled with his famous customers, including Isadora Duncan, at fabulous parties and traveled the world on "cultural initiatives" to spread his version of French fashion to style-conscious women in New York and Morocco. If Poiret did the same things now they'd fall under the categories of celebrity dressing and trunk shows.

Poiret also branched out into fragrance, accessories and interiors similarly to Coco Chanel, who saw her star rise in Paris in the 1920s as Poiret's began to dim. When Poiret died in 1944, he was penniless. Unlike Chanel, Poiret didn't have the marketing savvy to put his name on all his products, and, at the end of his career, he didn't even have the rights to his name, making him one of the first victims of fashion licensing.

Poiret often designed things specifically for Denise to model, the Costume Institute's Bolton says. "She was willing to advance his boldness because she'd be bold enough to wear them."

Among the items from his wife's wardrobe in "King of Fashion" are her La Rose d'Irube dress decorated in the rose motif that Poiret made his signature and her Greek goddess-style nightdresses.

Also on display is one of Denise's evening gowns from 1907 that had an empire waist, pink-and-purple vertical stripes, delicate gold trim and a thigh-high slit. She'd wear that dress without a slip underneath, according to Koda, which was quite daring for the time. That gown, however, would fit right in on a Hollywood red carpet in 2007.

4White linen daytime dresses with coral-colored trim from the 1910s seem the basis for today's popular shirtdress. An orange silk nightdress ensemble from 1920, with its loose tunic top belted at the hip over a pleated skirt, would fit into the wardrobe of any woman who described herself as bohemian chic.

The same can't be said for his lampshade look. A hooped tunic of black silk gauze with gold embroidery paired with gold lame harem pants is an outfit unlikely to make a comeback, although the broader concept of a long voluminous top and slender pants certainly is au courant.

All the embellishment, metallics and layering contributed to Poiret's fall within the stylish set.

"He was of the school that rich looked rich," Koda said, which didn't fit with the roles women were taking on in the years after World War I. Women needed functional clothes and even though it was Poiret who freed them from rigid silhouettes and conformist fashion, his flashy style suddenly seemed outdated, he observes.

Chanel came along with her chic little black dress, and the rest is history. "The difference between Chanel and Poiret was irony," Koda said. "She could be ironic. She understood that the greatest luxury could be to appear simple."

The exhibit does indeed end with a line of elaborate Art Deco beaded dresses by Poiret followed, on the very last mannequin, by a simple chiffon Chanel.