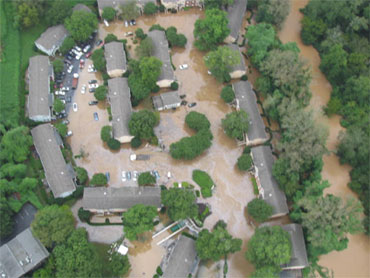 It's been a mystery in Washington for weeks. Just before President Bush signed the homeland security bill into law an unknown member of Congress inserted a provision into the legislation that blocks lawsuits against the maker of a controversial vaccine preservative called "thimerosal," used in vaccines that are given to children.

Drug giant Eli Lilly and Company makes thimerosal. It's the mercury in the preservative that many parents say causes autism in thousands of children – like Mary Kate Kilpatrick.

Asked if she thinks her daughter is a victim of thimerosal, Mary Kate's mother, Kathy Kilpatrick, says, "I think autism is mercury poisoning."

But nobody in Congress would admit to adding the provision, reports CBS News Correspondent Jim Acosta – until now.

House Majority Leader Dick Armey tells CBS News he did it to keep vaccine-makers from going out of business under the weight of mounting lawsuits.

"It's a matter of national security," Armey says. "We need their vaccines if the country is attacked with germ weapons."

Rep. Dan Burton, R-Ind., isn't buying it. The grandfather of an autistic child, Burton says Armey slipped the provision in at the last minute, too late for debate.

Critics say the Bush family and the administration have too many ties to Eli Lilly. There's President Bush's father, who sat on the company's board in the 1970's; White House budget director Mitch Daniels, once an Eli Lilly executive; and Eli Lilly CEO Sidney Taurel, who serves on the president's homeland security advisory council.

Officials at the drug giant insist they did nothing wrong. "No one, not our CEO, not myself, not anyone who works with me asked the White House to insert this legislation," said Eli Lilly spokeswoman Debra Steelman.

But Kathy Kilpatrick and her husband Michael argue that the thimerosal provision is not designed to protect the nation, but rather to protect Eli Lilly.

Asked what he'd say to a congressman who came forward and admitted he was responsible for inserting the provision, Michael Kilpatrick says, "I would ask him if he knew he was protecting mercury being shot into our kids."

Kathy Kilpatrick asks, "Why would anyone want to save Eli Lilly on our children's backs?"

Because Armey is retiring at the end of the year, some say the outgoing majority leader is the perfect fall guy to take the heat and shield the White House from embarrassment.

It's a claim both the White house and Armey deny.