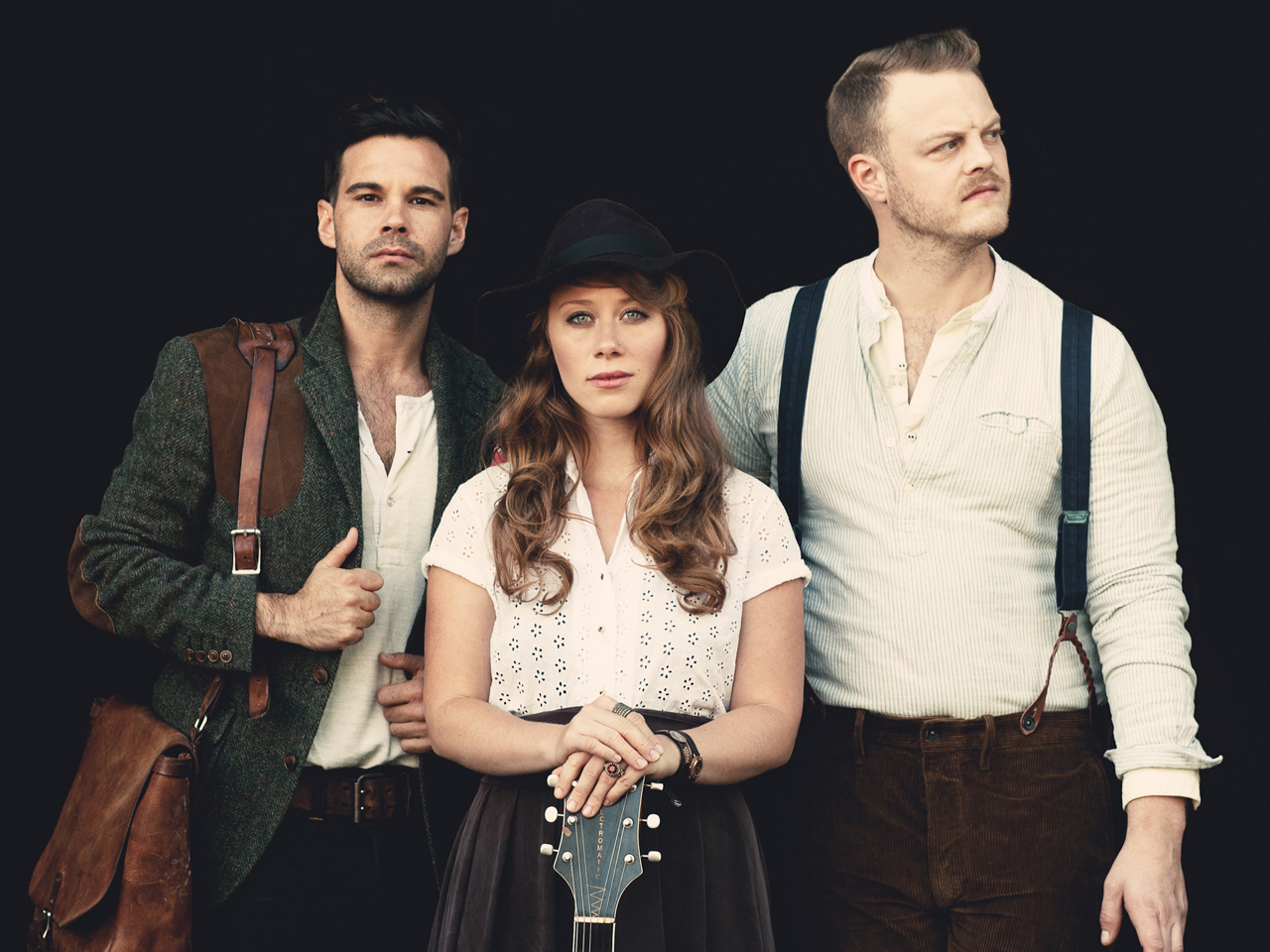 Zach Williams can easily remember when The Lone Bellow became a "thing."

Members of the country-soul trio were rehearsing together for the first time in New York when everything just clicked.

"It was meant to just to get some juices flowing," recalled singer-guitarist Williams. "I think midway through the rehearsal when we sang one of songs together for the first time, I know in my heart, I was like, 'This may not be a side thing; this may be a "thing."' Especially when we all three sang together because there's just this safety there in the quietest of singing and the hardest of singing."

The Lone Bellow's mix of "quiet" and "hard" sounds came through during a recent concert at City Winery in New York, presented by 90.7 WFUV.

Williams and guitarist/singer Brian Elmquist and singer Kanene Pipkin performed songs off their 2013 self-titled debut album to a sold-out crowd, looking like seasoned professionals; like they've done this forever.

But the truth is Williams, the group's principal songwriter, only started delving into music during college, thanks to Elmquist, his good friend.

"He was the first person who encouraged to me to try singing in front of people," said Williams. "He moved to Nashville years ago and I went and finished school. I was married for a year, and my wife had this [horseback riding] accident." At the time, doctors told Williams that, at best, his wife, Stacy, would leave the hospital a paraplegic.

"We lived at the hospital for a while and to try to process the information, I would journal a lot," Williams told CBSNews.com. "And I would read those journal entries to my friends that stayed with me at the hospital. And I would write in rhyme to try to process the different things that were going on in my heart. And they were like, 'You should learn how to play guitar and sing at the same time...play open mics to help you process what's going on inside of you.' I started doing that and then it became a thing."

His wife ended up recovering, something Williams describes as an "unbelievable story."

"While we were living at the hospital, my friends said, 'If Stacy gets better, let's all move to New York City together.' And she did. So 15 of us all moved up to NYC together about seven years ago," said Williams.

It was after college that Williams met Pipkin. "Kanene's older brother was one of my best friends who stayed with me in the hospital. And when his wedding came around, he asked me to sing in it, and that's when I met Kanene," said Williams.

He and Pipkin, who was living in Beijing at the time, sang "Oh Happy Day" together at the wedding, and Williams was hooked. "I was like, 'Man she's on fire!'" Pipkin eventually moved to Brooklyn and they linked up with Elmquist for from what would become The Lone Bellow.

They joined forces, blending their respective influences into one big sound with beautiful three-part harmonies. "I think it has a lot to do with the way we were raised," said Williams. "I think we all pull from different, inspiring times in our lives." For Williams, he recalls spending time on his grandparent's farm in Georgia, listening to John Prine, Patsy Cline and Waylon Jennings. "My grandparents were very musical," he said.

Pipkin, who grew up singing gospel music and listening to R&B, says those genres are weaved throughout their music.

Since the album's release in January, all three members have quit their day jobs to focus on music full time. Pipkin was most recently a pastry chef, and Elmquist a waiter. Now they're booked up solid from now through August, going on tour across the country, playing such album stand-outs as "Green Eyes and a Heart of Gold" and "You Never Need Nobody." Williams calls the recent trajectory "beautiful."

"We would love to have the opportunity to play live shows and in between the shows, write together...that's the goal, though, to be able to do what you love and support your family," said Williams.