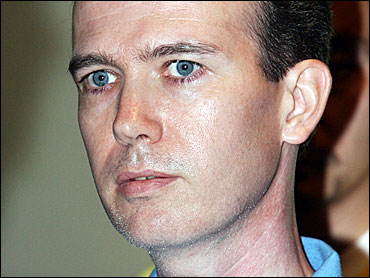 As investigators puzzle the life and mind of John Mark Karr, confessor to the killing of JonBenet Ramsey, they must unravel an elaborate and hazy narrative woven in part by Karr himself, much of it constructed around a clear and chilling theme — a yearning to be close to children.

That desire, in retrospect, appears as heartfelt as it does disturbing.

Karr is a man who, while wanted as a fugitive on child pornography charges, sought to impress prospective employers with a long record of accomplishment preparing young lives "for a successful future."

He is a man who twice married teenagers — one just 13 at the time. Both would later claim they had been coerced.

And he is the man who years ago confided to family members that he was deeply troubled by the murder of the Colorado 6-year-old, who he now claims to have loved and sexually assaulted.

It's difficult to know how much to believe of the life Karr, who is 41, says he has led since JonBenet was found strangled and beaten a decade ago in the basement of her family's home.

But in his own words, it all seems quite real.

"I awoke the children in the morning and gave them breakfast," Karr wrote in one online resume, recounting life as a private teacher and caregiver of three girls in Germany, aged 7, 11 and 12. "At day's end, I made sure the children had their evening bath, then put them to bed and read to them before they went to sleep."

Karr, who arrived in Thailand earlier this year looking for work as a teacher, claims to have spent years skipping from job to job, country to country, nearly all the time working with children. Details proved difficult to pin down Thursday.

School officials in Alabama and California confirmed that he worked in both states as a substitute teacher in the latter half of the 1990s and in 2001.

"He just seemed like somebody who thought he wanted to be a teacher," said Bob Raines, superintendent and principal at Wilson Elementary School, in one of the four districts near Petaluma, Calif. where Karr worked. "After a few days, I could tell it just wasn't for him."

One of Karr's former wives, Lara Karr, told KGO-TV in California that her ex-husband spent a lot of time studying the cases of Ramsey and Polly Klaas, who was abducted from her Petaluma, Calif., home and slain in 1993.

Lara Karr said she was with her former husband in Alabama at the time of JonBenet's killing and she does not believe he was involved in the homicide.

Some experts raised questions Thursday about Karr's arrest, noting that some details of his alleged confession seem out of line with circumstances of the case, and pointing to the need to establish evidence putting him at the scene.

But it is not easy to establish his whereabouts at any point in recent years.

Karr is remembered in his hometown of Hamilton, Ala., as a smart kid, one who played in the high school band and matured into something of a local curiosity.

"You couldn't help but like John. He always had something going on," said Marion County School Superintendent Bravell Jackson, who recalls teaching Karr in elementary school and driving the school bus Karr rode.

As an adult, Karr wrote in one online resume that he worked for years in real estate and restored old homes. His work in schools appears to have begun in 1996 — the year of the Ramsey murder. According to the resume, that was the start of a five-year stint teaching in "some of the most prestigious schools in the United States, working with children from high profile families."

But that is not the way people and court paperwork in Marion County recall it.

In 1984, when Karr was 19, he married a local girl, Quientana Shotts, who was 13 at the time, county court records show. Shotts filed for an annulment the following year, complaining that she was "fearful for her life and safety." In a response filed with the court, Karr contested Shotts' age, saying she was in fact 14.

Contrary to his resume's description of a life in the classroom, Karr's sole Alabama experience was being hired as a substitute teacher in 1996. But his time there ended after school officials received complaints about Karr saying things "that didn't need to be said in an elementary class," Jackson said. Karr was "bragging on the students, their dress," said Jackson, declining to elaborate further.

After his brief work in the classroom, Karr sold used cars.

Marion County Probate Judge Annette Bozeman said Karr was in her office frequently, working on car titles, sometimes accompanied by Lara. "He was a very polite fellow, but he was a little unusual," she said.

Bozeman recalls a young man with hair down to his shoulders who told her Lara had not gone to the hospital to deliver their three children. "It seems he delivered his children at home," she said.

In 2000, Karr, who had taken classes at a college in Alabama, received a bachelor of science degree in liberal arts from Regents College, now Excelsior College, a distance-learning school based in Albany, N.Y.

He moved his family to California about the same time and in 2001, Karr found work as substitute teacher. But that came to an abrupt end when Karr, then 36, was arrested on five misdemeanor counts of possession of child pornography, according to the Sonoma County sheriff's office.

That is not the story Karr's father, Wexford Karr, says he was told at the time.

In an interview Wednesday with The Denver Post from his home in Atlanta, he said his son, told him he was being held in California as part of the investigation of the Ramsey case.

Wexford Karr said his son's intrigue with the Ramsey murder was the start of his troubles. That fascination began with voracious research for a college paper that so impressed a professor that the man suggested he write a book, Wexford Karr said.

Two days after Karr was arrested on the pornography charges, his wife filed for divorce.

In the affidavit filed with her divorce petition, Lara Karr said her husband "was told by one school in or about '97 or '98 that he would not be asked to continue to serve as a substitute teacher because he had a tendency to be too affectionate with children."

Karr pleaded not guilty to the California charges and after a series of court hearings, he was released from jail that October, ordered to report to a probation officer and avoid child pornography, children and places where children congregate, such as schools, beaches and parks.

In November of that year, a judge issued a restraining order for Karr to stay at least 100 yards away from his ex-wife and children — ages 8, 9 and 10 at the time — for three years.

In December 2001, a warrant was issued for his arrest after he violated the terms of his supervised release.

By that time, however, according to Karr's online resumes, he was again working with children, this time overseas.

He told prospective employers that, from 2001 to 2002, he taught English to grade-school children in Seoul, South Korea, and then in Heemstede, the Netherlands. From 2002 to 2003, Karr wrote, he worked as a private teacher and caregiver in Germany and the Netherlands.

Executives at the language schools on whose Web sites Karr posted his resume said Thursday said they did not recall him.

After leaving Europe, Karr told employers, he had made his way first to Costa Rica, teaching English to business people. But Mark Henker, the owner of the school where Karr says he worked, said Thursday the only John he's had working with him over the last few years went by a different name. Costa Rica immigration officials say a John Karr left Costa Rica on Aug. 3, 2004, crossing the border into Nicaragua by land.

Karr's resume, though, said his next stop was Honduras, where he claims to have returned to teaching students at an English school until 2005.

Then Karr arrived in Bangkok earlier this year and found work teaching second grade, a job he started just Tuesday.

But coincident with Karr's self-described hopscotch between jobs and countries, he also apparently began lengthy e-mail contact with a professor at the University of Colorado, Michael Tracey, who had investigated the Ramsey case, and with JonBenet's mother, Patsy Ramsey.

Tracey told the AP that the correspondence began when Karr contacted him about his documentary on the case and stretched over four years. Karr never revealed his name. In May, Tracey said, he alerted the district attorney's office about the e-mail. He declined to provide a more thorough explanation.

Now investigators will rely on the e-mail, DNA gathered at the scene of the murder, and Karr's own statements to determine the truth.