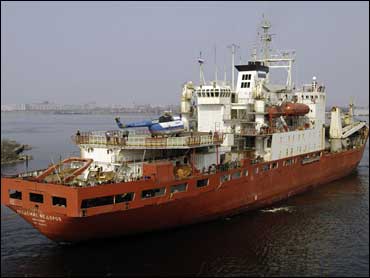 Faried Assad and Ahmed Samhan watched in horror, weeping from their Cobble Hill rooftops as the Twin Towers collapsed last Tuesday. The restaurateurs, Palestinian Brooklynites who have U.S. citizenship, took photos and tried to help their dazed, soot-covered neighbors as they staggered home from the Brooklyn Bridge.

For most New Yorkers, watching the calamity was hard enough. But Assad and Samhan knew they had more to dread: the possibility of anti-Arab backlash.

Sure enough, that Tuesday and Wednesday, there came telephoned threats, minor vandalism and harassment, which they expected. But there also came an outpouring of support from local patrons - mostly Jews - which they never could have anticipated.

"We weren't surprised by the hate. We expected some backlash because of the extent of what happened. What really surprised us was the love," said Samhan, 32, who was born in Ramallah, on the West Bank, and left the territory with his family as a 4-year-old "to get away from the nonsense - the oppression."

"It may have just been kooky people," said Diane Buxbaum, a Conservative Egalitarian Jewish neighbor who has had a friendly relationship with the restaurant since it opened three years ago. "But you don't know. Ahmed said to me 'I'm afraid for my employees.' And I'm sure he was afraid for his family, as well."

The story began as Assad, 33, was taking pictures on the roof of his home nearby, including a heart-breaking shot of Tower 2, the first one to go down, in mid-collapse, and chilling shots of ash-covered neighbors plodding home.

Assad then left his roof and made his way a few blocks to the corner of Sackett and Smith Streets, where his restaurant is located. One of the questions on his mind - a question on the minds of most New York businesses last Tuesday - was whether to open.

That was when Assad noticed a man from the neighborhood, a man he knew, pacing the sidewalk near Zaytoon's crimson awning.

At that point, the decision not to open had been made for them. By 12:30 p.m. Tuesday, threatening messages on their answering machine had been left; those messages were eerily similar to what Assad had heard on the street just a few minutes before.

"Nobody really wanted to eat, anyway," said Assad, whose father left Palestine around the time of the 1948 formation of Israel.

A call to police netted a promise of stepped-up patrols. Officers walked the beat all around the 76th precinct.

Read about instances
of anti-Arabic backlash
since the attacks.
"We have a sensitive location down here right now," said Det. John McCarthy, whose precinct includes Arab neighborhoods interspersed with residents from nations across the globe, Arabic places of orship, and a synagogue.

Tuesday evening, after Assad and Samhan had gone home to their families - both are married with kids - neighbors chased teen-agers from the front of their restaurant. At the restaurant, the locks were glued, trash was strewn about, and there was a hand-written note that read "Kill the Arabs. We'll get you back."

They did not open Wednesday.

On Thursday, when they finally did open again, one of their employees, Pedro Santana who lives in Bay Ridge in South Brooklyn, was accosted while making a delivery. "I felt bad," said Santana, a Mexican. "What if somebody kills me? I just work here."

Said Samhan, "There were people driving by, sticking their middle fingers out and spitting. My employees were harassed on the trains. We had our deliverymen take off their shirts so they wouldn't get harassed on the streets." One deliveryman found the tires of his bicycle cut.

Police, neighbors, and the owners of Zaytoon's all agreed that the level of the threat was not dangerously high. Nevertheless, the neighborhood had had enough.

"I started thinking about the Arabic community here, and I remembered they were Palestinian," said Meryl Newbern, a longtime resident of Cobble Hill who recently moved to Manhattan. "That scared me even more."

Newbern, along with locals from Cobble Hill, such as Buxbaum, who lives around the corner from the restaurant, hand-delivered letters of support on Wednesday and organized a Saturday night dinner at the restaurant.

"They are my neighbors," said Buxbaum. "They are wonderful people. I had joined a Palestinian-Jewish dialogue group in Park Slope (a nearby neighborhood) – and it was wonderful to see them there. When I heard they had received death threats, I said to myself 'This is absolutely wrong.'"

Several dozen people, more than half of them Jewish, met up at the Palestinian-owned restaurant Saturday night to feast on Zaytoon's acclaimed dishes of lamb, hummus, babaganoush, shwarma, freshly baked pitas and homemade mint tea.

Asked what the community support meant to him, and whether he believed any of the initial threats would carry on in the weeks ahead, Assad said he now feels completely secure, both for his business and his family.

"I feel safe," he said. "These people are beautiful."