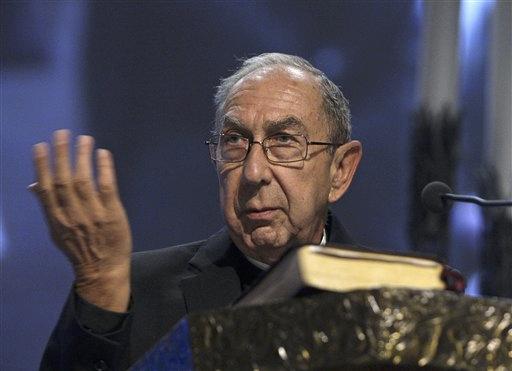 The average person loses between 50 and 100 hairs a day. But, as we know, many folks lose a whole lot more than that. And while some are comfortable with that prospect, others are not.

We've all know some of them: the men and women coping with thinning or balding hair any way they can. While there have long been many options to choose from, never before have the results been so realistic. Technology's come a long way, but then again, never before has a shaved head been so sexy.

Telly Savalas may have kicked off the trend in the 1970s as the bald police detective with the lollipop in Kojak, but today everyone seems to be taking it off.

And it's not just celebrities, like Vin Diesel. In fact, it's actually become an alternative to hair loss for a lot of men.

Style editor Scott Omelianuk notes, "Men are much more comfortable being bald. It might not have been the case 10 years ago, but then athletes like Michael Jordan adopted it and pretty soon it was OK for all of us suddenly, not to have hair.

But CBS Marketwatch's Susan McGinnis found out, for those not comfortable being bald, there are more and better options than ever.

Got Too Many Miles? Shop Online

But not everyone wants to be like Mike. In fact, if done right, the latest hair replacements can look so real, it's hard to tell if anyone's head of hair is the way nature intended or if a doctor helped nature change her course.

There are about 70 million Americans just like this guy - call him Joe, even though that's not his real name, who are losing their hair.

Joe came to the New Hair Institute in Fort Lee, N.J., to see Dr. Robert Bernstein, one of the developers of the latest in hair replacement technology.

They call this process "Follicular Unit Transplantation." It's a fancy name. But, it's pretty fancy stuff

You've seen the ads and infomercials, from companies like the Hair Club For Men and may have thought this is too good to be true. But according to Dr. Bernstein, it's the real thing.

He says, " I think it's only now that people are understanding that hair transplants can look natural."

Remember "plugs?" That was when a doctor took clumps of hair from one part of the scalp and planted them in another. It came out looking like a toothbrush. Well, Follicular Unit Transplantation takes that concept a huge step further.

Surgeons move hair from where there is a lot, the so-called "permanent zone" to where there's little or none, but they do it by moving one to four hairs at a time, a follicular unit.

After the transplantation, Dr. Bernstein advises Joe to "just be careful not to exert yourself for a couple of days and just let it take hold."

There are limitations: there's only so much hair that a patient can donate from other areas before they run out. Still, this procedure has become the standard in hair transplant surgery.

For those preferring less invasive means of combating hair loss, there are advancements in other areas as well. An estimated 360,000 people nationwide wear hairpieces. At places like Louis Feder/Joseph Fleischer in New York City, they're using new technology to make them more comfortable and attach more securely to the scalp.

Jerry Rowan, who runs the men's hair division, says the hairpieces can run into the thousands of dollars, because each is made from scratch.

He explains, "The type of hair we use is only blue string Italian virgin hair from Italy. Why Italy? The genetics of the people, the climate, the diet and it's often said, a better sex life."

They don't guarantee that for the recipient, but Rowan says this alternative has distinct advantages over surgery.

He says, "No blood, no pain, the simplest solution with guaranteed results."

But if hair pieces are too old school for you, a high-tech solution some believe works is lasers! Used by both men and women, the manufacturer claims low-level lasers make hair appear thicker and fuller. Clinical trials are under way to prove that the laser affects more than just the hair's appearance, but actually helps hair grow thicker and stronger, and possibly generate new follicles.

A cheaper but effective alternative is drugs. There's Rogaine, a lotion you rub into your scalp and Propecia in pill form. Both are known to jump-start hair growth or at least curb hair loss by interfering with the hormones that cause baldness. For this, you'll shell out anywhere from $30 to $60 a month. Some say expect future technology and drugs to become even better, more effective, and more widespread.

Still for countless others the answer is: let nature take its course.

The question now is: What is the next frontier for this industry. We're hearing that technology will advance to where hair follicles can actually be cloned so that the hair will not have to be taken from other places on the person's head. That would mean there would be no limit to the amount of hair that can be transplanted. But Dr Bernstein says that is in many, many years into the future. It's not going to be an option anytime soon.