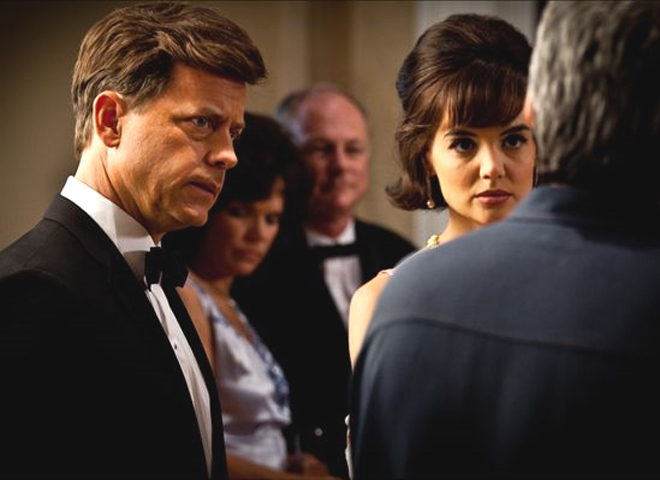 (CBS)  - The History Channel wouldn't put it on the air, but last night America finally got to see the much hyped and derided "The Kennedys" on ReelzChannel.

What was all the controversy about and did it live up to its reputation? The critics loved it, that is the ones writing for conservative outlets.

"I highly recommend doing everything you can to watch 'The Kennedys.' You will enjoy it, probably learn a thing or two, and you will strike a blow for artistic expression and against the liberal Hollywood establishment that apparently no longer believes in such concepts, even when doing so would have further elevated one of their heroes," wrote John Ziegler at the Daily Caller, a conservative leaning news site created by Tucker Carlson.

Ziegler wrote that he was outraged that members of the Kennedy clan allegedly pressured History Channel to back out of the project. Ziegler is himself a filmmaker whose last picture, "Media Malpractice... How Obama Got Elected and Palin Was Targeted," was released in 2008.

Linda Stassi, a critic for the New York Post, also piled on the praise.

"'The Kennedys' is the best miniseries you almost weren't allowed to see," wrote Stassi. The miniseries "is without a doubt one of the best, most riveting, historically accurate dramas about a time and place in American history that has ever been done for TV."

Whether or not the mini-series accurately portrays the Kennedy family is a matter for historical debate. John Kennedy's father, Joe Kennedy, is shown in a particularly Machiavellian light.

"Joe Kennedy kind of comes off as a caricature. Sort of like a Karl Rove figure," Newsweeek senior writer Ramin Setoodeh told the "Early Show on Saturday Morning."

The political credentials of the show's creators have also come into question. Executive producer Joel Surnow, of "24" fame, is a self-described conservative. Stephen Kronish, the show's chief writer has described himself as liberal.

But Surnow was adamant that politics had nothing to do with his production.

"I've been an agnostic filmmaker and writer my whole life. I just go where the story is," Surnow said.

But many critics wished he would have gone somewhere else.

"If someone in the Kennedy family really did pressure the History channel to drop its $25 million miniseries "The Kennedys," they shouldn't have bothered with all the fuss, wrote Tim Goodman in the Hollywood Reporter.

"'Kennedys' is a ham-fisted mess, both slothful in its pacing and leaden in whatever underlying message was meant to be given. It's not the Kennedy family or legacy that suffers here, but the people involved in the project. They had better hope people can't find Reelz on their channel lineup."

"Controversy shouldn't obscure the major flaw in 'The Kennedys': Not mangling history or sullying a famous family, but being painfully shallow and woefully bad," wrote Brian Lowry in Variety.

"All told, the whole thing plays like a bad telenovela filtered through a 'History for Dummies' text."

WHAT DO YOU THINK?
Did the "The Kennedys" get it right? Was it any good?