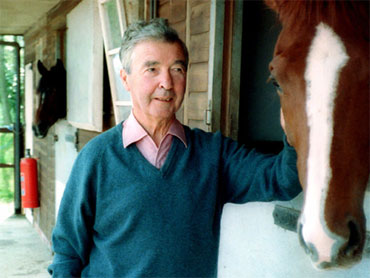 In the brave new world of high-stakes, high-profile trial preparation, the people running the show are not the lawyers, but rather jury consultants. Correspondent Troy Roberts reports.

These days, it's hard to find a big case without experts in human behavior involved.

Jury consulting came into its own during the O.J. Simpson trial, when a consultant named Jo-Ellan Dimitrius picked the jury that found him not guilty. She did the same for basketball player Jayson Williams, found not guilty of manslaughter April 30. This fall, she'll help defend Kobe Bryant, and she's currently in lock-step with Scott Peterson's defense team.

Dimitrius is involved in everything from picking the jury, to coaching witnesses, to fine-tuning arguments.

With a PhD. degree in criminology, Dimitrius has never spent a day in law school. Rather, she's hired for her "intuition."

She says she gets a sense of a person from their body language. "Body language is extremely important. If I were to turn away from you and I'm sitting like this and I'm answering your questions, that says something very different than I'm facing you. It could say I'm hiding something."

If all this sounds a little suspect, consider that even the prosecution on the Peterson case has hired a jury consultant, Howard Varinsky. He's the man who helped the government pick the jury that convicted Martha Stewart. His degree: psychiatric social work.

Varinsky calls himself "a human BS meter," and says he can usually size someone up in 10 minutes or less.

He says there's also another way to tell whether a juror can grasp a complicated argument: find out who their favorite person is.

During the Stewart trial, he says, "We had people who said Cher. We had people that said Martin Luther King, Hillary Clinton, Ronald Reagan."

What does it say about you if your favorite person is Cher?

"To me?" Varinsky asks. "It says you're not very bright.

"In a case where you have a lot of information that one has to process and the information goes against your side, I think you would want somebody who says Cher. Because to me that says someone who is not that intelligent and they may vote emphatically."

When he began his work 25 years ago, Varinsky says he was cold-calling lawyers. These days, jury consultants are routinely hired for large cases. He says it is proof they make a difference.

In a capital murder trial like Scott Peterson's, a jury consultant's fees could run into the hundreds of thousands of dollars.

That, says famed defense lawyer Gerry Spence, "is silly." Spence has never used a jury consultant and he hasn't lost a jury trial in 50 years.

"Lawyers hang onto them because if they lose their case, they have to blame it on somebody," he says. "If you would have asked Thomas Jefferson whether or not there out to be jury consultants, he'd say, 'Are you crazy?'"

Spence doesn't put much stock in subjective observations about a juror's dress or body language.

"Are we supposed to say that this person would be a better juror than that person because of their shoes? That is voodoo!" he says. "This is a better word for bulls**t."

Dimitrius says when she hears such charges about jury consulting, "I usually smile and say I got a pretty good education to practice that voodoo."

For the Peterson trial, Dimitrius is donating her services to the defense team.

And, she says, "What I know will be an absolute surprise to an awful lot of people."

She says her work on the case has been the most challenging of her career. She says her polls show 45 percent of the jury pool already believe her client is guilty. And some potential jurors have even lied about their beliefs to get on the panel and convict Peterson.

The defense team says two potential jurors who appeared to have no bias during questioning later were bragging they had lied so they could convict Peterson. None of these accusations have been proven, but those jurors were dismissed.

According to Varinsky, "We have to be extra vigilant. Before, we only had to be vigilant about whether they wanted to write book deals, or go out and become media stars. Now they have an agenda."

It took more than two months just to pick a jury for the Peterson trial. But for Dimitrius and Varinsky, now the real work begins.