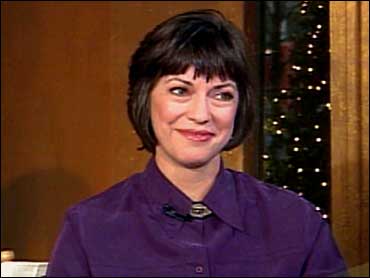 The woman who beat record-setting "Jeopardy" champion Ken Jennings says she had to keep it secret for almost three months.

But, Zerg told The Early Show co-anchor Julie Chen, the show was taped weeks ago. "When it happened," Zerg recalls, "they said, 'This is amazing and huge. So go home and don't tell anyone for three months!'

"I told my husband and my daughter and my mother-in-law and one friend, and that's it.

"Somebody leaked it on the Internet almost immediately after it happened, but they didn't get the specifics right, thank heavens! I was so worried my name would come up, and it didn't."

Zerg says it was "the most surreal feeling" beating Jennings. "I was stunned," she admits.

She notes that the power of positive thinking was a big help. "A lot of (other contestants) lost the game before they left the parking structure. When they saw Ken, they said, 'I'm playing for second.' But I said, 'Somebody is going to beat him; it might as well be me."

Chen asked Zerg if she goes on to beat Jennings' record. But, true to her word, Zerg stayed mum, stressing, "I'm not allowed to say a single thing about that."

Jennings, who became a celebrity during his run (Zerg's 8-year-old daughter actually asked him for his autograph when she met him), was able to joke about losing on "The Late Show with David Letterman" Tuesday night.

Letterman said the answer was, "It's the tastiest breakfast meat." Jennings rang a bell and said the question was, "What is sausage?" But Letterman said, no, they were looking for bacon.