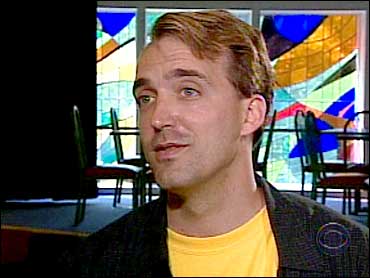 CBS News continues a month-long series titled "What Does It Mean To You?" focused on where the presidential candidates stand on major issues and how a vote for one or the other candidate might affect average people's lives.

"It's huge for them as individuals to come here and see that God is cool," says Greg Moser, a Christian youth minister who opened Rock Solid two years ago, finding funds anywhere he could. This year he turned to a new source.

"Prior to this administration going to the faith-based communities and going public and saying that we could apply for a government grant, I didn't know we could," Moser says.

Moser is applying for money from the Department of Education, a direct result of a presidential executive order encouraging agencies to give more money to faith-based groups doing social work – what the president calls "leveling the playing field."

Having access to those funds allows Moser to "provide mentoring for kids one on one, that's supplied by the government to make a difference in kids' lives."

But Rev. Welton Gaddy of the Interfaith Alliance believes President Bush is crossing the church-state line.

"He's tilting the playing the field rather than leveling the playing field," says Gaddy. "The federal government has no business funding the advancement of faith or those who want to advance faith."

Religious programs have a history of using federal dollars for soup kitchens, homeless shelters and after-school programs, and both candidates agree that's a great idea. Where they differ is over when and where church and state should meet.

The president's initiative funneled more than $1 billion to social programs run by religious groups last year – 15 percent more than they got the year before.

"Rather than fear faith programs, welcome them," President Bush has urged. "They're changing America. They do a better job than government can do."

Sen. John Kerry says he would "revise" the executive order, to keep the funds flowing but separate from religious work.

"I want to offer support for your efforts including financial support in a way that supports our constitution and civil rights laws," says Kerry.

There's always been federal money for faith-based charities' non-religious work. The question for the voters is: what degree of separation is necessary after the checks arrive.