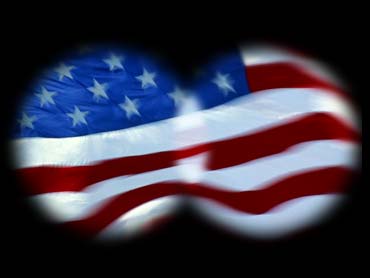 
Last week's Phoenix memo and the follow-up by CBS News' David Martin that administration officials had some intelligence of possible terror attacks prior to Sept. 11 set off a tidal wave of political reaction. Both sides now claim that their responses were based on policy not politics. But for an administration that claimed to want to change the tone in Washington, the only tone they changed last week was from a hum to a blast.

Vice President Cheney started the drumbeat last week at the Conservative Party dinner saying that criticism of the administration was "thoroughly irresponsible." His aide Mary Matalin said that Democratic attacks could disrupt the war effort. This was followed by Cheney, FBI Director Robert Mueller, Secretary of Defense Donald Rumsfeld and Homeland Security Chief Tom Ridge all proclaiming that future attacks were virtually certain. For once, Attorney General John Ashcroft was quiet, leaving it to the FBI to warn New Yorkers that the Brooklyn Bridge might be next.

The conventional wisdom has been that these warnings were meant as a way of deflecting public attention from the "what did they know and when did they know it" story. My take is that it was just seasoned policy makers deciding that if the public wanted to know, they'd just let it rip. CYA is the natural instinct of most public officials, and if there are no rewards for being responsible, why not let it all hang out?

The Democrats weren't much better. After screaming last week at the highest possible decibel level about some inconsequential photos of President Bush that the Republicans were using for fund-raising, their cries about the FBI memo rang a little hollow. Democrats, who have been frustrated with Mr. Bush's high popularity ratings and his ability to quash criticism, thought they had found an opening. Sen. Hillary Clinton, whose first response had an understanding "there but for the grace of God go I" quality to it, went to the Senate floor the next day showcasing the New York Post's "Bush Knew" headline as a visual aid. After some mixed results, Democrats switched gears a bit this week focusing on incompetence and lack of coordination rather than malfeasance.

With only five months to go until the midterm elections and with the president and national Democrats on a concerted schedule of campaign fund-raising, it's hard not to view these statements in a political context. Bush strategists have been pushing the notion that the strong support for the president has been helpful for Republican '02 candidates. Since the incumbent party usually loses seats in midterm elections, they say that the president's popularity has helped stem a Democratic tide and put the parties at parity.

Analyst Charlie Cook agrees and says that before Sept. 11, "We were headed for a more or less typical midterm election with the Democrats poised to pick up seats."
Republicans had shown some vulnerability on domestic issues – the environment in particular – and Mr. Bush's luster was starting to fade. Sept. 11 put a halt to that and changed the issue agenda. Instead of talking about domestic issues like Social Security, the environment and prescription drugs, the headlines were dominated by Osama bin Laden and chemical and biological warfare.

Before last week's revelations things were starting to settle down, and campaign strategists were laying plans once again for a fairly typical fall campaign. The Pew Center found that network newscasts were back to pre-Sept. 11 levels of domestic and lifestyle stories and moving away from concentration on the war and terrorism stories. Democrats who were hoping to run on their strong domestic issues felt they were just starting to break through into the national dialogue. Congressional leaders Tom Daschle and Dick Gephardt held a media availability to kick off the fall campaign on domestic issues, but it was overwhelmed by the terrorism story once again.

Even before last week, Republican consultants were feeling good that their strong issues – the economy, terrorism and education – were dominating the national agenda. Of course, after last week's revelations, there's a question of whether terrorism is really a good issue for Republicans after all.

The Democrats are of mixed minds right now about how to handle the terrorism issue. Some believe that a chink in the president's terrorism armor will help them. Many Democrats, especially the policy advisers, believe it's their duty to hold investigations and play a role in passing homeland security legislation. The political advisers, however, say that terrorism is a no-win issue for Democrats, that it's Mr. Bush's turf and that it's necessary to get the issues back to home base. This is how Democrats won in Virginia and New Jersey last fall.

One Democratic strategist said the only way to do this might be through paid advertising. "There's nothing like 5,000 or 6,000 gross rating points to start a conversation going on issues we want to talk about," he said. Getting the national press to focus on these may be more difficult, but they are determined to try a bottom-up strategy.

And that may work, unless, of course, the warnings of Cheney, Mueller, Ridge and Rumsfeld come to fruition. If Code Yellow goes to Code Red, it's up for grabs which party will win on the issue of making cheap prescription drugs for anthrax and small pox.

A veteran of the Washington scene, CBS News Senior Political Editor Dotty Lynch provides an inside look at the issues and personalities shaping the political dialogue in the nation's capital and around the country.