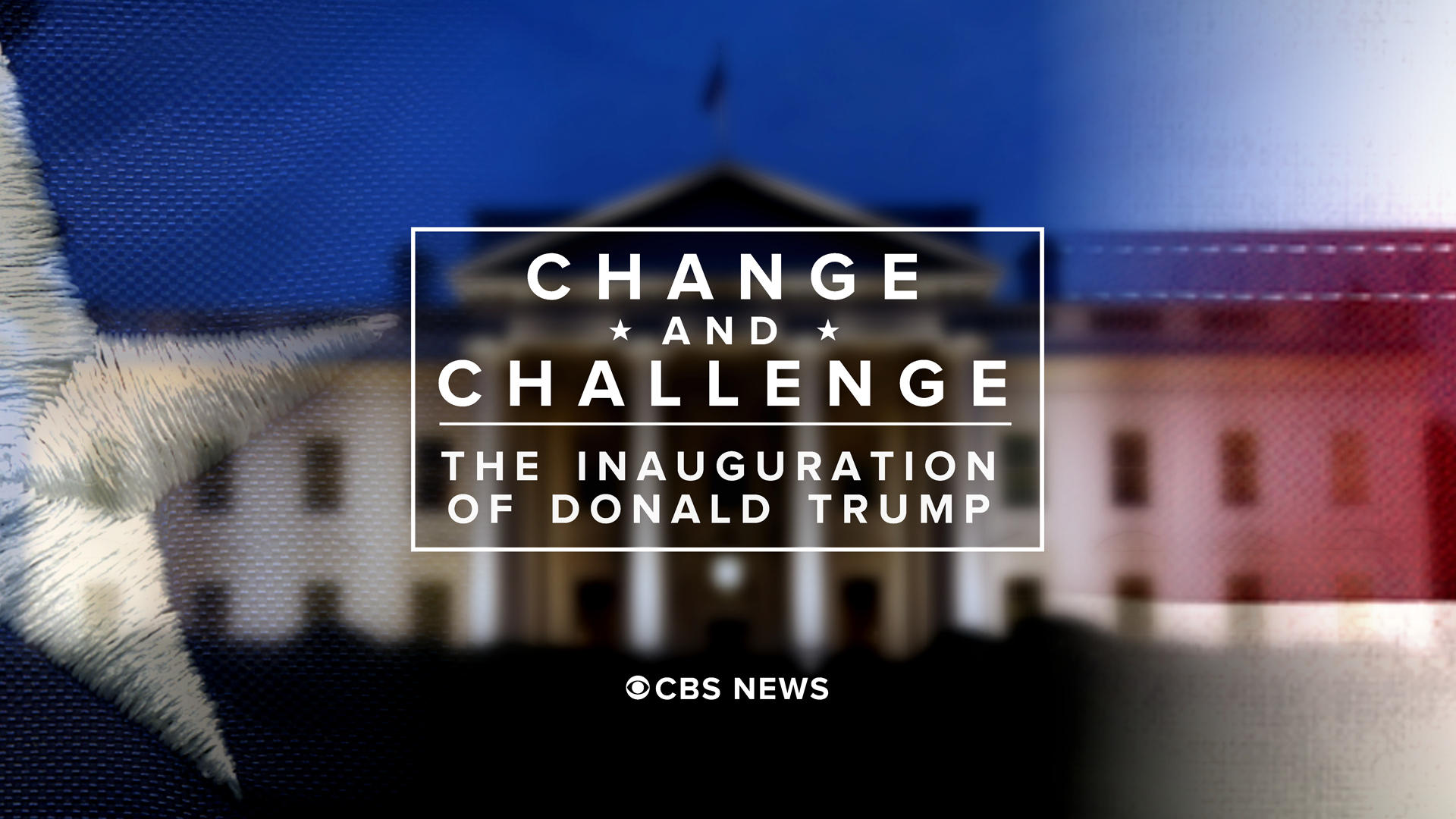 As Mr. Trump takes office as the nation’s 45th president, will he be an agent of change? CBS News examines an unprecedented new American leader in a special anchored by Gayle King and John Dickerson.

Anyone who thought President Trump would moderate his unpredictable and incendiary rhetoric for his inaugural address was proven wrong again. As CBS News political director John Dickerson reports, Mr. Trump opened his presidency with a bang, just as he’s done all his life.

To understand how America got to this day and the inauguration of President Donald Trump, CBS News correspondent Erin Moriarty visited one of the unlikely places that made it possible: Kenosha County, Wisconsin, which, for the first time in 44 years, voted Republican

President Donald Trump begins the job surrounded by the people he trusts most -- his children. The close-knit family has been by his side from the day he launched his campaign. “CBS This Morning” co-host Gayle King spoke with Eric Trump about what this moment means.

The sometime’s harsh and divisive rhetoric of the presidential campaign opened sharp divisions in the country. CBS News correspondent Peter Van Sant shows how that caused anxiety for some children and their families.

Messages to the new president