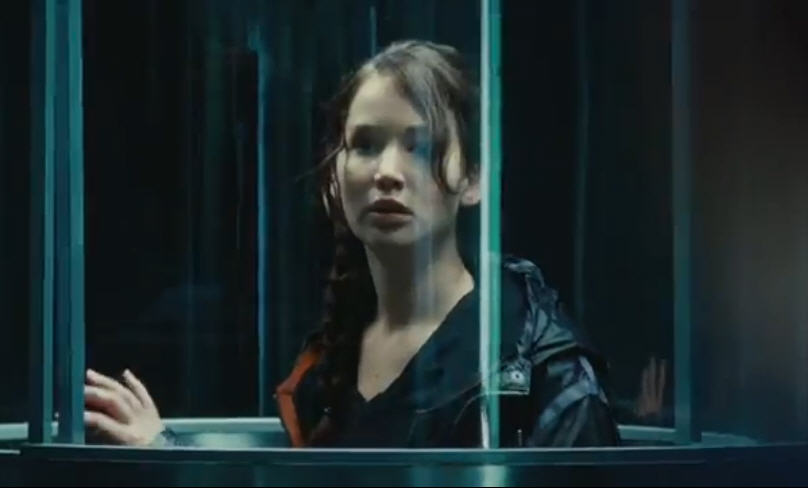 (CBS) The first full-length trailer for "The Hunger Games" was released on Monday, and it seems like the odds are in the movie's favor.

The trailer gives fans a lot of things to be excited about - the film's color scheme, tone and music all seem to be spot-on, even if District 12 looks a bit less post-apocalyptic than it was described in Suzanne Collins' novels.

One of the best things about the trailer is also one of the few things that make us nervous - the clip ends just as the tributes are dropped into the arena and the games begin (talk about a cliffhanger). As much as this trailer revealed, we've yet to see how the biggest and most brutal part of the book will be portrayed on-screen - the part where the 24 young tributes are forced to fight to the death.

Reactions from fans and critics alike have been mostly positive, hailing the cast and director Gary Ross for bringing the bestselling book to life.

"Jennifer Lawrence's steely gaze to the look of the Capitol to the perfect hair of Elizabeth Banks and Stanley Tucci, as Effie Trinket and Caesar Flickerman respectively, the first trailer for 'The Hunger Games' looks exactly like fans of the book would want it to look," writes Moviefone's Christopher Rosen.

Nicole Sperling of the Los Angeles Times also spoke positively of the trailer: "In a few short minutes we meet vulnerable but strong heroine Katniss Everdeen (Jennifer Lawrence) and her fellow tribute Peeta Mellark (Josh Hutcherson) and see the ostentatious Capitol that serves as a brilliant contrast to the poor, drab environments that make up District 12, from which both Mellark and Everdeen hail."

Entertainment Weekly's Karen Valby believes the trailer will excite fans and skeptics alike: "I don't care if you thumb your nose at YA literature in general, if you don't know your Mockingjay from your President Snow, and if you're fed up with all of EW's panting over Collins' trilogy. Surely even the most determined haters felt their pulse quicken in that final countdown, before 24 children of Panem set off to fight to the death in front of television cameras."

"Look at us all. Whining snd [sic] crying and begging like babies for The Hunger Games. I love it.," one wrote.

"Shoot--I was planning to dislike the hunger games movie (they can't do it justice!), but dang the trailer looks good," said another.

Even model/actress Brooklyn Decker got excited over the clip. "Has everyone seen the Hunger Games trailer? I have. Thrice. I plan on preordering my midnight showing tkt and dressing in full Gale costume," she tweeted.

Tell us: Did you like the "Hunger Games" trailer?