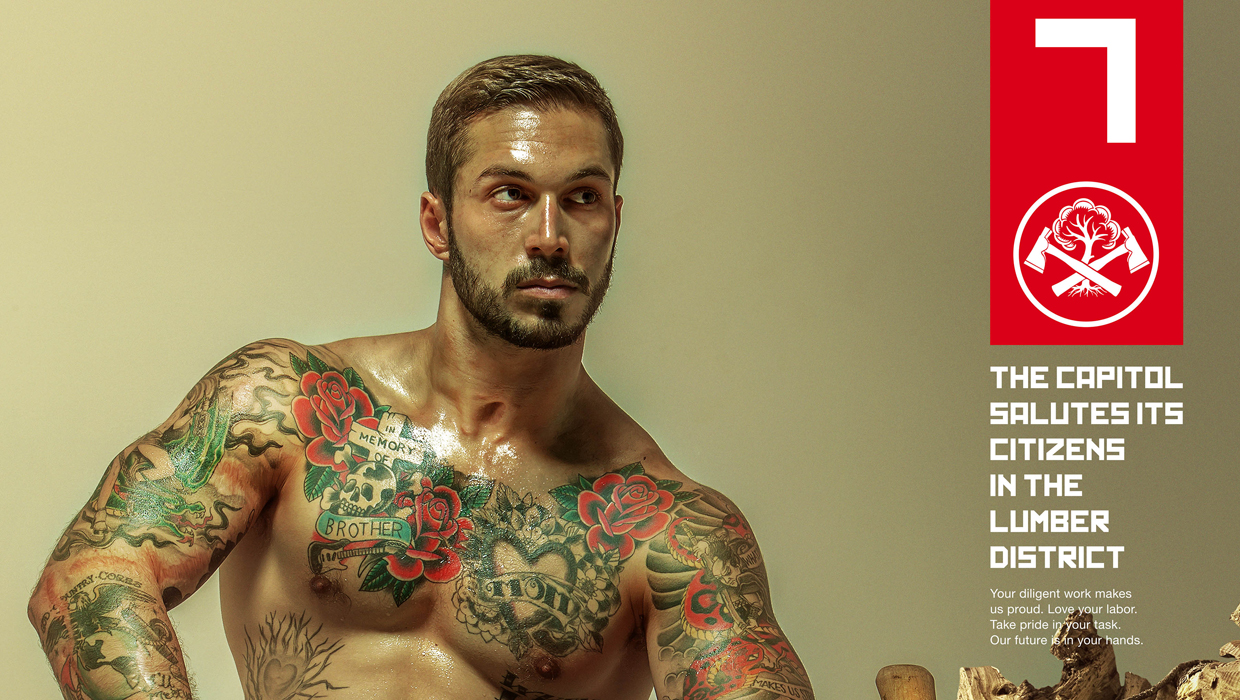 The next film in "The Hunger Games" saga won't hit theaters until November, but fans just got a sneak peek at what's in store via a new crop of promotional posters for "Mockingjay - Part 1."

This time, there's no Katniss Everdeen (Jennifer Lawrence), Peeta Mellark (Josh Hutcherson) or other tributes in sight. After sparking rebellion against the Capitol, you can't blame President Snow for wanting to keep them out of the public eye.

Instead, Panem is giving its propaganda a different sort of spin -- highlighting what it calls "District Heroes" from the different regions of the country. These men and women are the real heroes, the posters imply -- not "The Girl on Fire" or "The Boy with the Bread."

"Today we celebrate the proud men and women who live and breathe their districts," Snow says on TheCapitol.pn website. "Today we are one Panem."

The posters are sleek and highly-stylized, but will that be enough to satisfy those living in the Districts? (As you can probably guess, and fans of the books already know -- it's not.)

"The Hunger Games: Mockingjay - Part 1" opens in theaters Nov. 21. Check out the posters below, with descriptions from the Capitol of each of the "heroes" being highlighted.

District 3 (Technology): "After shorting out, then quickly repairing District 3's mainframe at the age of nine, Fibre Bissette, 32, has proven her fearlessness in the face of any challenge."

District 4 (Fishing): "The proud daughter of a deep-sea fisherman and a sixth-generation pearl diver, Naida Dolan, 22, channels her legacy as she proudly holds the day's catch."

District 6 (Transportation): "Thought to have gasoline pumping through his veins, Malcolm Kastel, 31, is devoted to District 6's mission of keeping Panem moving."

District 7 (Lumber): "Elias Haan, 26, has kept the axe handed down to him by his great-grandfather as a reminder of the hardships he and his great District have overcome."

District 7 (Grain): "After a day in the fields, Triti Lancaster, 17, graciously offers a bundle of wheat to her fellow citizens of Panem."

District 8 (Livestock): "Raised amongst the herd, Felix Stam, 35, possesses a quiet understanding of the ways of animals and the circle of life that unites us all."

District 12 (Mining): "Lily Elsington, 6, captures the spirit of the next generation of District citizens: ready, willing, and eager to fuel the Panem of tomorrow."