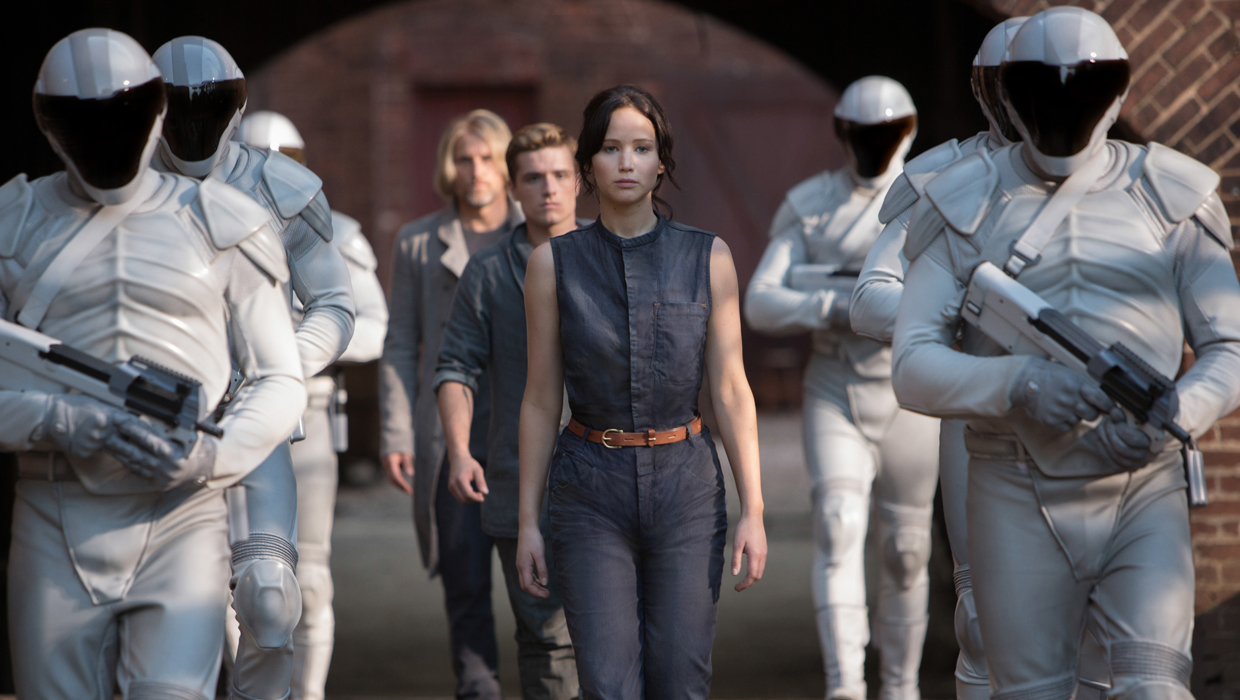 Fire was catching at the movies this weekend, as the sequel to “The Hunger Games” became one of the year’s biggest hits.

"The Hunger Games: Catching Fire" opened with $161.1 million at the domestic weekend box office, according to studio estimates Sunday, making it the biggest November debut ever as well as Lionsgate's most lucrative opening.

The result fell short of some expectations and failed to dethrone the year's biggest box-office opening, "Iron Man 3" with $174 million. But the film opened massively worldwide, taking in a total of $307.7 million.

The marketplace largely ceded the weekend to "Catching Fire." The only other new wide release was Disney's Vince Vaughn comedy "Delivery Man," which sputtered to an $8.2 million opening.

The box-office performance for "Catching Fire" establishes "The Hunger Games," starring Jennifer Lawrence as the heroine of Suzanne Collins' young adult series, as among the elite franchises in movies. The budget nearly doubled from the original and Francis Lawrence took over directing duties from Gary Ross. "Catching Fire" received better reviews from critics and drew a broader audience.

"When the first film was released, there was this idea that it was going to appeal largely to young girls," said Paul Dergarabedian, senior media analyst for box-office tracker Rentrak. "But over time, it's skewing back toward male audiences. There's actually a lot of action, there's violence in the movie. It's crossing over to a much broader base."

The domestic opening for "Catching Fire" is the fourth best ever, following "The Avengers ($207 million), "Iron Man 3" and "Harry Potter and the Deathly Hallows: Part II" ($169 million).

Record keeping, though, has become more complicated in recent years at the box office.

Higher-priced 3D or IMAX screenings can boost revenue, as can early screenings. "Catching Fire," which earned 8 percent of its gross from IMAX showings, counted $25 million from Thursday night screenings among its weekend total.

The original "Hunger Games" earned $152.5 million in its opening weekend in March 2012, but didn't debut until midnight screenings Thursday.

"It's really become a phenomenon," said David Spitz, head of distribution for Lionsgate. "We've established now a better opening than the first, and now we're entering into the Thanksgiving and Christmas period, which is very, very lucrative."

After two weeks atop the box office, "Thor: The Dark World," released by Disney, slid to second with $14.1 million. After an impressive opening, the romantic comedy "The Best Man Holiday" added $12.5 million for a two-week total of $50.4 million.

Overseas, the critical and box-office hit "Gravity" from Warner Bros. opened big in China. The Sandra Bullock space adventure added $46.6 million to its international total in its eighth week of release. Its cumulative haul is up to $577 million.