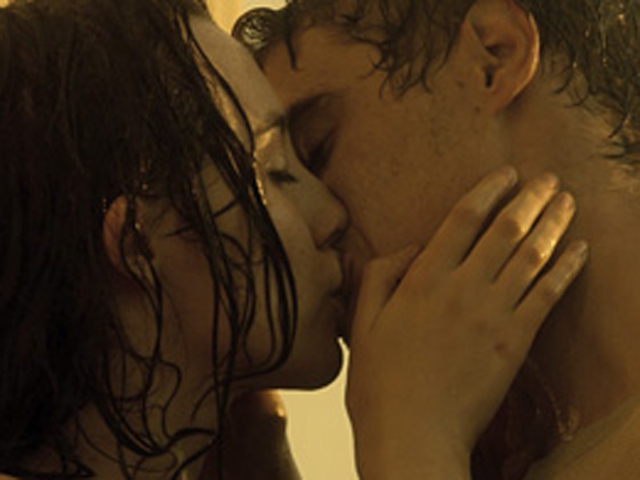 Author Stephenie Meyer won't be staying out of the big-screen spotlight for too long.

The final "Twilight" series installment, "The Twilight Saga: Breaking Dawn - Part 2," debuts Friday and in a few months, the film adaptation of her best-selling novel, "The Host," will be released.

MTV currently has exclusive access to a trailer for the movie, which stars Saoirse Ronan, Max Irons, Diane Kruger and William Hurt.

The latest trailer begins by showing a budding romance between Jared Howe (Irons) and Melanie Stryder (Ronan), who meet in a post-invasion world where most of humanity has been invaded by aliens.

"I haven't spoken to another human being in two years," Jared says at the start of the teaser clip.

"This is the future and humanity has been all but extinct. We have been invaded by another species who erase our minds to take our bodies. But there are a few of us left, who still fight back," the voice-over explains.

"The Host" opens in theaters on March 29.