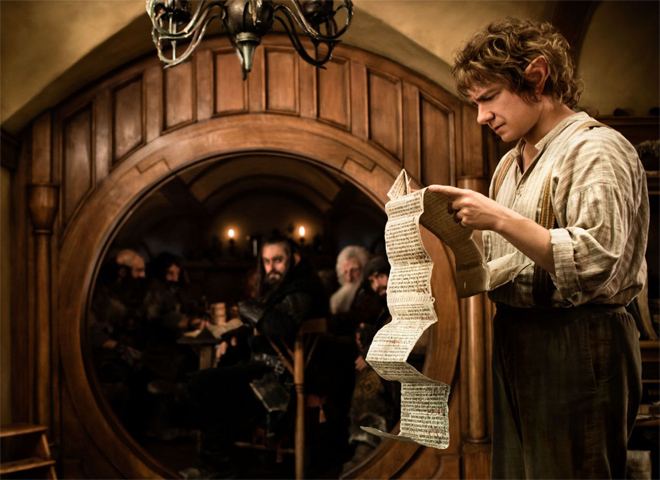 (CBS News) "My Precious" returns in a new trailer for the "The Hobbit: An Unexpected Journey," hitting theaters on Dec. 14.

"Lord of the Rings" trilogy director Peter Jackson is behind the new film, which follows what happens when Bilbo Baggins (Martin Freeman) travels to the Lonely Mountain with a group of dwarves to reclaim a stolen treasure.

Peter Jackson to make "The Hobbit" into a trilogy

Then we get to watch as the dwarves plot to reclaim their homeland from dragon Smaug (Benedict Cumberbatch). Baggins, running and holding a map, has a plan. "I'm going on an adventure!," he says.

The nearly-two-and-a-half-minute trailer wraps with the narration: "Home is now behind you, the world is ahead."

Tell us: What do you think about the new trailer?