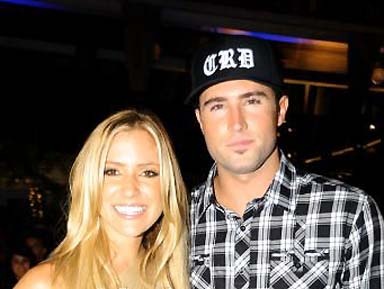 NEW YORK (CBS) After 102 episodes, fans of the long-running hit series "The Hills" were forced to say goodbye Tuesday night -- but not without one final twist.

In the final scene, star Kristin Cavallari gets into a waiting car headed for the airport. After she says her final goodbye to off-and-on beau Brody Jenner, viewers were left stunned as cameras slowly panned out to show cameramen and crew members on a busy studio set, revealing what a production the "reality" show really was.

"The thing is, as you saw on the end -- what's real and what's fake, you don't know," Jenner explained to MTV during the live after show program. "Our relationship, the entire time could have been fake," he said.

"The Hills," which premiered back in 2006, first starred and followed Lauren Conrad as she made her move from Laguna Beach to Los Angeles to pursue a career in fashion.

In the middle of seasons 5, Conrad left the series and longtime rival Cavallari took over as star of the show.

In a recent People magazine interview, Cavallari also confirmed that some of the scenes shown on "The Hills" were indeed fabricated.

"Nothing you see on TV is real," Cavallari, 23 said. "Fans need to understand it's all entertainment. It's all in fun. I would never put my close friends or a real relationship on a show."