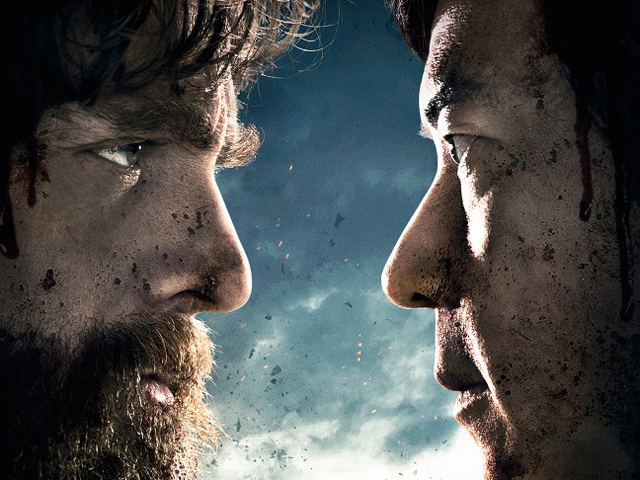 The Wolfpack has reunited, and it feels so good. Especially since they're headed back to Vegas, the site where all the craziness began.

In the official Warner Bros. trailer, Phil (Bradley Cooper), Alan (Zach Galifianakis) and Stu (Ed Helms) seem to be blowing off some steam in Sin City, after attending the funeral of Alan's father. (And yes, Alan does sing like an angel at the services.)

Doug (Justin Bartha) is missing from the reunion, but there is one addition that is sure to make up for his absence and bring side-splitting laughs to the conclusion of this trilogy: Melissa McCarthy! Who could make a better cameo than the "Bridesmaids" star? And of course Ken Jeong as Mr. Chow returns -- it wouldn't be a "Hangover" movie without him. John Goodman also joins in on the fun, but he may cause problems for the Pack.

Over shots of whackiness, car crashes, a tragic end to a pet giraffe and general hilarious ridiculousness, the trailer reads: "This summer it all ends. The epic conclusion to the trilogy of mayhem and bad decisions."

The movie poster -- which depicts Alan and Mr. Chow facing off in a parody of the poster for "Harry Potter and the Deathly Hallows Part 2" -- was also released Thursday on the movie's Facebook page.

The first "Hangover" movie, which came out in 2009, grossed $467 million worldwide at the box office, and won the Golden Globe for best motion picture - musical or comedy." "The Hangover 2" was released in 2011 and grossed an impressive $581 million worldwide at the box office, even though it was widely considered a disappointing follow-up. Which is why it's even better that direct Todd Phillips is going back to the original formula of the boys getting into trouble in Vegas for the conclusion.

But we'll have to wait until Memorial Day to see how the boys survive their final trip to the strip.