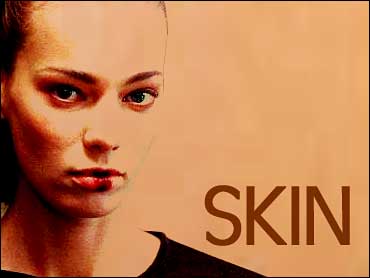 Hundreds of products are sold with the claim that they reduce the signs of aging, but many don't deliver on that promise. On The Saturday Early Show, Dr. Mallika Marshall takes a look at one of the latest beauty products to hit the market, and tells us if it really works.

It's called StriVectin SD, and its makers imply that it may be even better than Botox.

Because there are so many products on the market that make exaggerated claims, it's really important that you do your homework, because you could end up spending a lot of money without having anything to show for it.

As reported recently on the CBS Evening News, for instance, Michele Griffin was looking for something to keep wrinkles at bay. She had high hopes for StriVectin SD, which was first marketed as a treatment for stretch marks. But its real success came when its makers added a promise to fight wrinkles.

"Strivectin is the number one skin care product on the market," says Timra Carlson, who, as president of NPD Beauty, tracks retail sales in the beauty industry. "What I think is absolutely clever of the company was the ad campaign. 'Better than Botox?' was brilliant.

At $135 a tube, department stores alone have rung up more than $43 million for StriVectin, an unprecedented success in the beauty industry.

But is it really better than Botox?

He says not only is the comparison to Botox ridiculous, but women who want a cream to erase wrinkles should go with a sure thing: an FDA-approved, vitamin-A-based product like retin A.

Dover says patients ask him about StriVectin on a daily basis, but there is no independent scientific data showing that it works better than any other moisturizer.

"The truth is," says the surgeon, "any cream that you use that moisturizes as well will temporarily make your skin look better."

The company that makes StriVectin is hanging its claim on the question mark in its slogan.

Says Louis Renaldi of Klein-Becker, "We really don't compare ourselves to Botox. We raise the question for the consumer."

As for Michele Griffin, after using the cream for six months, she thinks Strivectin has helped her dry skin. But did it do what it promised?

"The tiny, the small ones I have (around the eyes), I haven't noticed…a big difference, no," she says.

The lasting success of StriVectin will depend on the repeat customer. If Michele Griffin is any indication, many already may be searching for the next best thing.

Botox and retin-A are both proven wrinkle-fighters. Here are some others:

ALPHA HYDROXY ACIDS can be found in many over-the-counter skin-care products. These acids, found in certain types of fruits, can help exfoliate, smooth and soften skin. Some dermatologists will recommend higher concentrations than are available over the counter.

CHEMICAL PEELS have been found to be effective at reducing fine lines and making the skin smoother by removing the upper layers of the skin.

DERMABRASION: With dermabrasion, the doctor actually sands away the top layer of skin. It can also be used for fine lines and even mild scarring. But unlike chemical peels, it should be used in areas where skin is relatively thin and delicate, such as the eyelids and around the mouth.

LASER RESURFACING: With laser resurfacing, doctors used high-energy carbon dioxide to remove very thin layers of skin. It has similar effects as chemical peels and dermabrasion, and the laser allows for incredible precision that you may not get with other treatments. It may take a couple of weeks to completely recover from laser resurfacing.

FILLERS: The methods listed here involve removing skin to get rid of fine lines, but fillers such as collagen are injected directly into the skin to plump it up and fill in fine lines and wrinkles. Collagen is the most popular filler, but there are many others, including a clear gel called Restalyne.