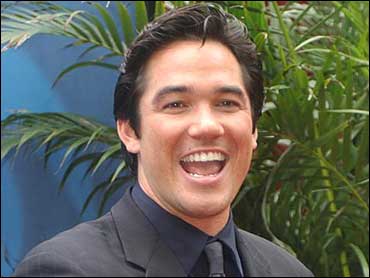 Dean Cain made his name playing Superman on the hit series "Lois and Clark." Now he's making another boyhood dream come true as he plays a star baseball player on the new CBS drama "Clubhouse" Tuesdays at 9 p.m., 8 Central.

He stars with Jeremy Sumpter, Mare Winningham, Christopher Lloyd, Kirsten Storms and John Ortiz in the drama series, which is about a 16-year-old boy who becomes a man in a world of overgrown boys when he takes a job as a batboy for a professional baseball team.

Cain tells The Early Show co-anchor Hannah Storm that he agreed to do the show after the grueling, 18-hour-a-day schedule of "Lois and Clark" because it was an ensemble cast.

"Being on this cast allows you a life, and I have a 4-year-old son and I could never be a father to him doing those hours, those 18 hours. So now I work a couple days a week. I play baseball. I hang out with Christopher Lloyd. I have a great time."

Cain says he played baseball for 11 years, which helps make the playing on the show authentic. "We really play," he says. "My timing has to be on for my swing. I know a lot of people out there who play baseball, who are going to watch it, and if it's not good, they're going to destroy me, so we really take great care in our baseball playing."

"One of the things you miss so much as an athlete is the camaraderie you have with the teammates. We have that. We have a team, so it's really nice, and nice to have that group of friends and that core group of guys that you're playing with all of the time. It's wonderful."

"So he's really confused. I've screwed up my kid, in that sense."