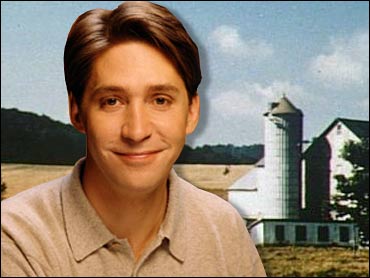 If you ever find yourself in need of a friend, Portales, N.M., with its 12,000 friendly people and just three or four old grouches, is a good place to look.

The story began when 55 year-old Marylyn Buchanan came down with pneumonia and a friend from church named Dia Kelting stepped up to help. The two were only casual acquaintances, but Kelting knew Buchanan lived alone.

Buchanan says, "She said,'We have a bedroom you can stay in as long as you need to.'"

Still, she was only going to stay a few days. But to make a long story short, Buchanan made a short stay, long. Fourteen months long and counting.

She is literally the houseguest who never leaves.

Kelting says, "We joke occasionally but it's all kidding. We love Marylyn and she can stay as long as she wants."

It's safe to say not many families would ever extend such an offer, let alone stand by it. And yet because they have been so patient, Buchanan says she's been able to overcome a lot more than just her pneumonia.

For more than 30 years Buchanan was married to her first-grade sweetheart, a cowboy entertainer named Larry Buchanan. He died in 2001 after a 16-year battle with Hodgkins disease.

Marylyn Buchanan thinks she took it especially hard because her marriage was just so unremarkable. They fought a lot, for a lot of dumb reasons. And even though cancer does a pretty good job of slapping the pettiness out of people, of showing couples what's really important, Marylyn Buchanan says she never got it.

She explains, "He had come back so often it never dawned on me that he might not."

Grief and guilt can be a treacherous pair. She adds, "had my head in the sand - denial."

Buchanan says she had been a fairly independent person, but when Larry died, she lost all motivation. In fact she's convinced that if she hadn't gotten sick, she might never have gotten better.

About her hosts, Buchanan says, "This is just such a big thing they've done, opened the house and their hearts."

Buchanan says she will never be able to pay it back, but hopefully she can pay it forward.

Buchanan says, "Maybe I'll be able to do a similar favor for someone else."