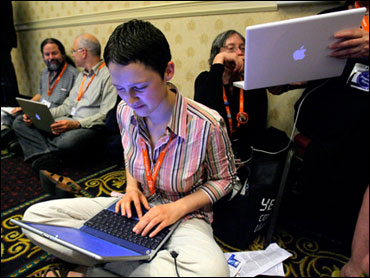 This weekend more than a thousand Kossacks — adherents of the left-wing website DailyKos — are gathering for their annual convention in Chicago. It's the second YearlyKos, in circumstances far different from the first, held in June 2006 in Las Vegas. Back then, it was possible to say — I said it lots of times — that the DailyKos had backed dozens of Democratic candidates in various races around the country, and nearly every one of them had lost. The left-wing netroots had lots of energy, some organization, and an endless supply of anger. But it didn't have many winners.

Now, however, as the Kossacks go to Chicago, Democrats are in control of the House and the Senate, and some owe their victories to netroots support. And just look at the people who are coming to visit YearlyKos: Hillary Clinton, Barack Obama, John Edwards, Nancy Pelosi, Harry Reid, and many others. That's an impressive lineup from anyone's point of view — the kind of turnout one would normally see for a major Democratic constituency, like a big-labor organization or the NAACP. YearlyKos has attracted virtually everyone who is anyone in the Democratic establishment.

Emphasis on "establishment." The turnout in Chicago shows that the Kossacks and colleagues from other activist websites have taken their place as the newest wing of the establishment in Democratic-party politics. They're not exactly the new bosses; it's not as if the unions and interest groups have disappeared, but it is true that the netroots now rank alongside them. A candidate who wants to win can no longer ignore the netroots, even if he or she would like to. Politicians like Reid and Pelosi, who not too long ago paid little attention to blogs and new activist groups, now cultivate the netroots at every opportunity.

Two years ago, I wrote a book, The Vast Left Wing Conspiracy, about the emerging establishment, beginning with the pioneering netroots organization MoveOn.org. The title came from the phrase that some of the liberal activists liked to use to describe themselves, a play on Hillary Clinton's "vast right-wing conspiracy" from the Lewinsky scandal days in 1998.

The reaction from some on the left was: Conspiracy? Vast? There's no such thing! The activist David Sirota said the Vast Left-Wing Conspiracy "is neither vast, nor a conspiracy, nor does it exist." A more perceptive reaction came from Markos Moulitsas, founder of DailyKos and the star — sorry, Sens. Obama and Clinton — of YearlyKos. Just before the book came out, in April 2005, Moulitsas wrote, "Quite frankly, [York] is about 2 - 5 years too early on this. We ARE building a Vast Left Wing Conspiracy to rival the $300 million conservatives spend on theirs every year. But we are but a seedling at this point. Not very 'vast,' in other words."

Well, here we are, two years later, and the seedling has grown quite a bit. But why is it growing? Certainly organizers like Moulitsas are good at what they do. And there are a lot of frustrated liberals out there. But the Vast Left-Wing Conspiracy could not have become the Vast Left-Wing Establishment without help — a lot of help — from the other side.

In the book, I wrote that the 2004 election might turn out to be a turning point for Democrats, the moment when activists began rebuilding the liberal movement. That has turned out to be true, and they are moving more quickly than the conservatives who are their model, in part because they don't have as far to come. When Republicans hit bottom after the 1964 presidential election, their candidate, Barry Goldwater, had lost by more than 22-percentage points; in 2004, John Kerry lost by three. That's not much so much distance to make up. "Some factors suggest that the Vast Left Wing Conspiracy might have better luck in 2008 than in the last election," I concluded. "By that time, the country might simply be tired of Republicans and ready to change leadership."

And now voters have changed the leadership of the legislative branch, and Democrats stand a good chance of capturing the White House next year. If they do, it will be because they were ready; the whole point of building the Vast Left-Wing Conspiracy was to create a structure that would be in place to exploit the errors of the other side when they occurred. And Republicans have supplied the errors: Does anyone think that the Kossacks would have anywhere near the influence they wield today if the war in Iraq had gone well? With the war in its fifth year and Republicans uncertain of what their party stands for, the foundation-building that Moulitsas and his colleagues have done in the last several years is paying off. And that is why Hillary Clinton, Barack Obama, Nancy Pelosi, Harry Reid, and all their colleagues are heading to Chicago.
By Byron York
Reprinted with permission from National Review Online