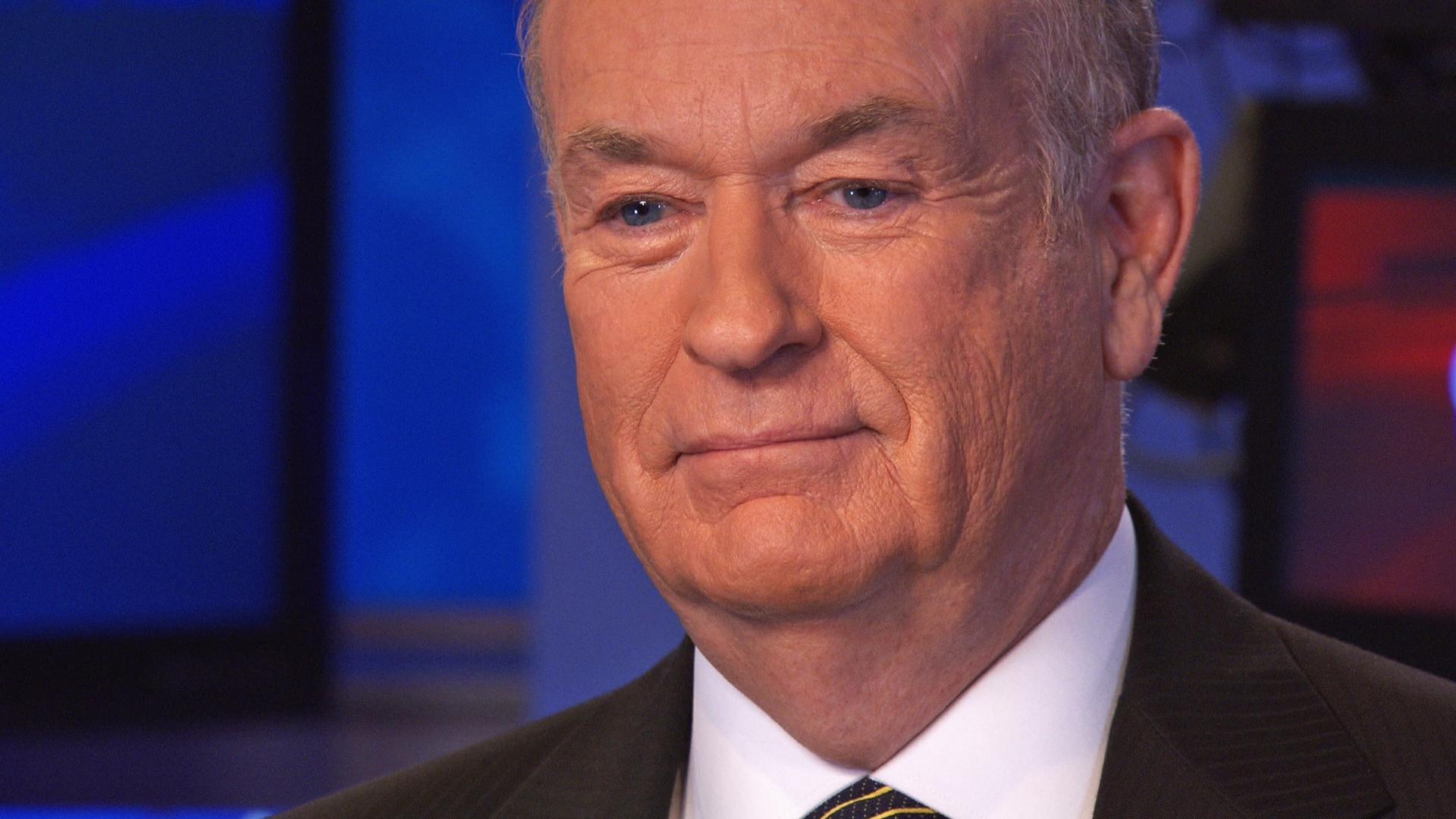 The following script is from "Killing Jesus" which aired on Sept. 29, 2013. The correspondent is Norah O'Donnell. Producer Robert G. Anderson.

Bill O'Reilly has reigned as the king of cable TV news for more than a decade. But it's his new role as the author of history books that has also made him a publishing powerhouse. His last two books, "Killing Lincoln" and "Killing Kennedy," sold more than 5 million copies. And now O'Reilly is adding to his opus with a new book -- that's likely to be his most popular and divisive of all -- called: "Killing Jesus."

Although he's a devout Catholic, he didn't write a religious book. He doesn't call Jesus "the Son of God" or "the Messiah." O'Reilly admits that some of his facts directly contradict the Bible and he stands by them. And he also tells us his inspiration for "Killing Jesus" is nothing short of divine.

Bill O'Reilly: All of the ideas come to me in the middle of the night. And one night, I just woke up and I went, "Killing Jesus." And I believe because I'm a Catholic that comes from the Holy Spirit. My inspiration comes from that. And so I wrote "Killing Jesus" because I think I was directed to write that.

Norah O'Donnell: You believe the Holy Spirit directed you to write "Killing Jesus"?

Bill O'Reilly: Yes, I believe that.

Norah O'Donnell: And why would the Holy Spirit choose you?

Bill O'Reilly: You're asking me to speculate about the deity--

Norah O'Donnell: Well, you are suggesting that you are the chosen one, Bill.

Bill O'Reilly: I'm not the chosen one. I'm just one of many who have been given gifts. I can write. I can bloviate on TV. So I'm trying to use the gifts in a positive way. And I believe that's all directed. And that's why I'm here on the planet.

Being chosen pays well -- more than $10 million for this book -- almost unheard of in publishing. He shares it with his co-author Martin Dugard. And O'Reilly who once taught high school history, hired Dugard, a history writer, to do the research, which included a visit to the Holy Land to replicate Jesus' return to Jerusalem and his final walk.

Bill O'Reilly: And I say, "This is where we want to go. Find me the greatest stuff you can find me." Then he gives me the research in a narrative form and then I take that, I start from scratch, and I mold it in my way.

[Bill O'Reilly writing: Are you with me? You see where that is...]

With O'Reilly in New York and Dugard in California, they work together on the books by computer and over the phone. Hard to believe but they wrote "Killing Jesus" in just eight months.

[Bill O'Reilly in office: The way we have it now is perfect!]

Norah O'Donnell: In the book you don't refer to Jesus as the Son of God. Why?

Bill O'Reilly: 'Cause it's not a religious book. There's no religion in the book, nothing. It's all about history.

He trumpets his books as easy-to-read fast-paced thrillers.

Bill O'Reilly: I just want to write about important things in a very entertaining way. That's the formula.

Norah O'Donnell: What did you find that you think people will be surprised to learn about Jesus?

Bill O'Reilly: That he was a regular guy; very afraid. Very afraid.

Norah O'Donnell: What do you mean very afraid?

Norah O'Donnell: Explain how he was violent.

Bill O'Reilly: Well, when he went into the temple and overturned those moneychangers he was absolutely livid. He was personally insulted that the temple was being used as a place of commerce. And not only that, but they were stealing from the folks.

Norah O'Donnell: He was upset with people of his own faith.

Bill O'Reilly: Absolutely. He was, he was upset that the Jews were taxing, overtaxing, and extorting the folks.

Norah O'Donnell: And that story is important to tell because it explains why so many people wanted him dead?

Bill O'Reilly: That's the crux of the "Killing Jesus" theme, is that there was a reason he was executed. Not that he was saying he was God. Droves of people said they were God. But now when you interrupt a money flow -- now you're into territory where they gotta get rid of him.

Bill O'Reilly: It's important to, you know, understand the brutality of the day and what they did to this guy who did absolutely nothing. And life was cheap.

According to O'Reilly depictions like this are wrong -- that Jesus was not nailed to the cross through his hands because his hands would not have held the weight of his body. So, Jesus was really nailed through his wrists. And O'Reilly says there was usually a seat on the cross, but soldiers took it off this time because they wanted Jesus to die faster.

Bill O'Reilly: They didn't want the folks seeing him on there. They thought there was going to be big trouble if they saw him there. So they wanted to kill him and outta there.

Norah O'Donnell: You include two quotes from Jesus on the cross, but not the most famous one: "Father forgive them for they know not what they do." Why not?

Bill O'Reilly: We don't put in things that we don't think happened.

Norah O'Donnell: How do you know?

Bill O'Reilly: Because you couldn't say something like that, audibly that people would hear. He, you die on a cross from being suffocated. That your lungs can't take in anymore air. You can hardly breathe. We believe Jesus said that, but we don't believe he said it on the cross, 'cause nobody could've heard it.

Norah O'Donnell: But, Bill, you know what people are going to say. "The Bible says that Jesus said on the cross, 'Father forgive them,' but Bill O'Reilly says that's not true, so I should believe Bill?"

Bill O'Reilly: Well you believe what you want. If you want to take the Bible literally, then that's your right to do that.

Norah O'Donnell: But you use as your sources for this book the Gospels of Matthew, Mark, Luke and John. But you pick and choose.

Norah O'Donnell: So is this the Gospel according to Bill?

Bill O'Reilly: This is best available evidence according to Bill. We believe that the oral history in the Bible is largely accurate but we're not taking it literally.

Norah O'Donnell: What did you learn from writing this book?

"Killing Jesus" and his other books are only part of the O'Reilly empire, which includes his cable news show, a syndicated column and a live stage show -- all at the same time.

Norah O'Donnell: How do you do that?

Bill O'Reilly: Because I'm quick at what I do. I'm efficient.

So efficient that on his drive to work he lays out that night's show for his producers.

[Bill O'Reilly: Get a picture of the police chief. Because I'm going to hammer him.]

And dictates his script.

[Bill O'Reilly: The president's legacy is now on the line...

Bill O'Reilly on show: The president's legacy, now on the line.]

Bill O'Reilly: I think I'm the only national anchorman that writes his own stuff -- all. And I write the promos too.

Leaving nothing to chance, he even dictates obvious lines he says every night.

And how he's going to thank his guests.

Bill O'Reilly on show: Good luck with the program.

Megan McCain on show: Thank you.]

With the show and the books, O'Reilly makes well over $20 million a year, so he could afford to tell us that money doesn't mean that much to him.

Bill O'Reilly: I have never once in my life did any job for money.

Norah O'Donnell: Mike Wallace didn't buy it when he interviewed you nine years ago, and you told him you weren't motivated by money. Listen.

Bill O'Reilly: You're crazy. I couldn't care less about Bill O'Reilly being known in Iowa. Doesn't matter to me. I don't throw my weight around. I'm not partying with Puff Daddy. I'm not cutting the line. I'm not driving a Mercedes Benz.]

Norah O'Donnell: But you did have a Mercedes Benz.

Bill O'Reilly: No I didn't.

Norah O'Donnell: Your wife had a Mercedes Benz.

Bill O'Reilly: Yeah, well that's her. That's not me. The point is what I told Wallace is absolutely true. I'm not addicted to all of this stuff.

O'Reilly does give a lot of money to charity. Including, he says, a million dollars a year that he makes flogging Factor products every night on his show.

[Bill O'Reilly on show: First, If you haven't already, you need to go to Bill O'Reilly.com right now. Right now. That's because our summer sale is just about over. ]

Norah O'Donnell: But in August, on the show, you ask people to buy your products referring to the upcoming gift season.

Norah O'Donnell: In August? What season is that?

He's had the No. 1 cable news show for 13 years. Successful he says, because he's a champion of the little guy, which he used to be.

Bill O'Reilly: I am who I am: an Irish Catholic kid, working class from Long Island. And I made it big.

[Bill O'Reilly on show: How are you Long Island? Long Island, the home team.

Near where he grew up, we watched his stage show with comedian Dennis Miller.

Norah O'Donnell: It was sold out even though half the tickets cost $125 each. $125 for a ticket, that's pretty steep for a man of the people.

Bill O'Reilly: It is steep. But there are less expensive tickets than that.

Bill O'Reilly: Absolutely not. There's no way I would even pay $30 to get a picture taken with me.

But O'Reilly is so popular that his $500 pictures sold out. Two hundred people waited in line -- some for more than an hour, even though O'Reilly tried to keep the line moving.

That night we spoke to two of his classmates from grade school.

Norah O'Donnell: They said you got into trouble almost every day. And then the teacher would force the class to write 100 times, "I will not do..." whatever you had done that day.

Bill O'Reilly: Yeah. It was good handwriting training for the third grade urchins at St. Brigid's.

He said his classmates got an early taste of the TV inquisitor he'd eventually become.

Norah O'Donnell: "Starting in grade school, I disobey the rules, mock those in authority and brazenly challenge the accepted wisdom. My behavior back then was not much different from what it is today."

Bill O'Reilly: And ain't America great? I was a little thug. And now I'm getting' paid millions of dollars for being a big thug.

Norah O'Donnell: But you have children. You don't want your children to act like thugs.

Norah O'Donnell: But you weren't challenging conventional wisdom as a kid--

Bill O'Reilly: Sure I was.

Norah O'Donnell: --you were just misbehaving.

Bill O'Reilly: Well, you can call it misbehaving. And I call it a lively quest for intelligent debate in the third grade with Sister Lurana. Unfortunately she rejected my request and categorized me as a miscreant.

What we noticed about this former miscreant is that he has a master plan for everything- -- every line he writes, every word he speaks. And Bill O'Reilly, who told us at the beginning of this story that the Holy Spirit directed him to write this book, also told us he has already written his own epitaph.

Bill O'Reilly: On my tombstone Holy Root Cemetery out there in Long Island... "He finally stopped talking."