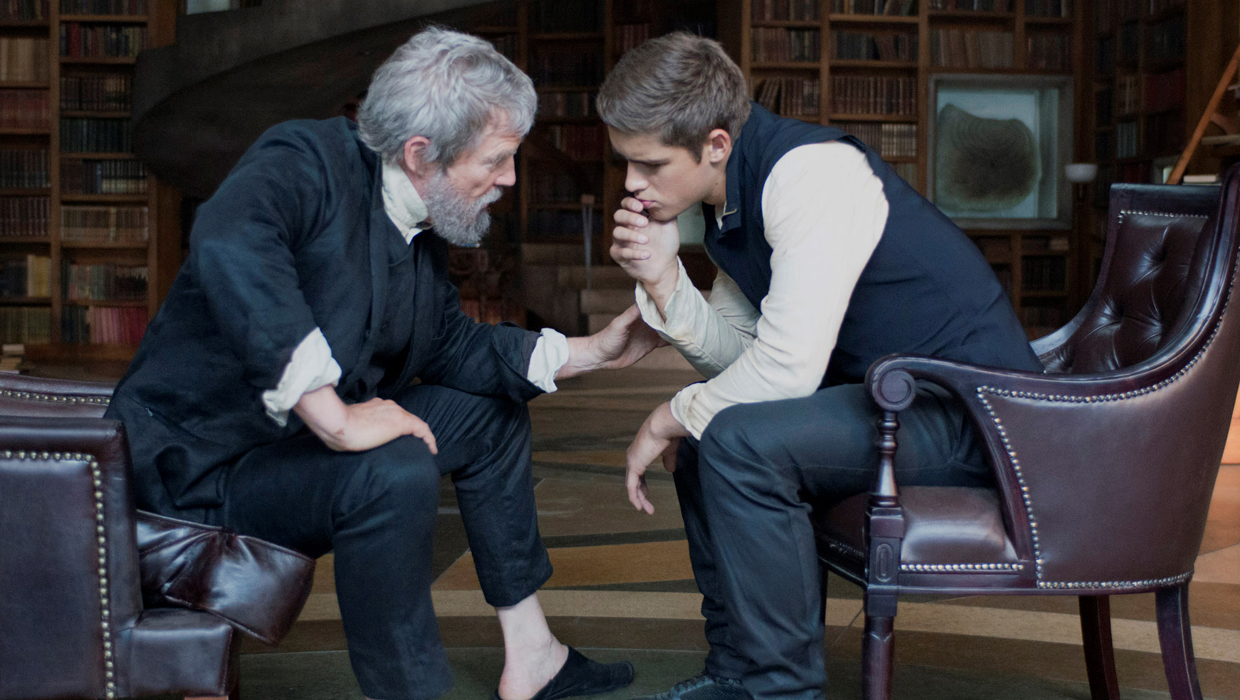 The first trailer for the big-screen adaptation of "The Giver" was released Wednesday, giving fans of Lois Lowry's classic 1993 dystopian young adult novel their first look at the film.

The story centers around Jonah (Brenton Thwaites), who lives in a seemingly utopian (and, in the book, colorless -- though based on the trailer, this appears to not be the case in the film) society run on conformity. He's chosen to become the next Receiver of Memory -- the only person who can recall what life was like before the sameness -- and when he begins his training with the Giver (Jeff Bridges), he begins to learn the dark secrets that his community is hiding.

Meryl Streep stars as the community's Chief Elder, who warns, "When people have the freedom to choose, they choose wrong."