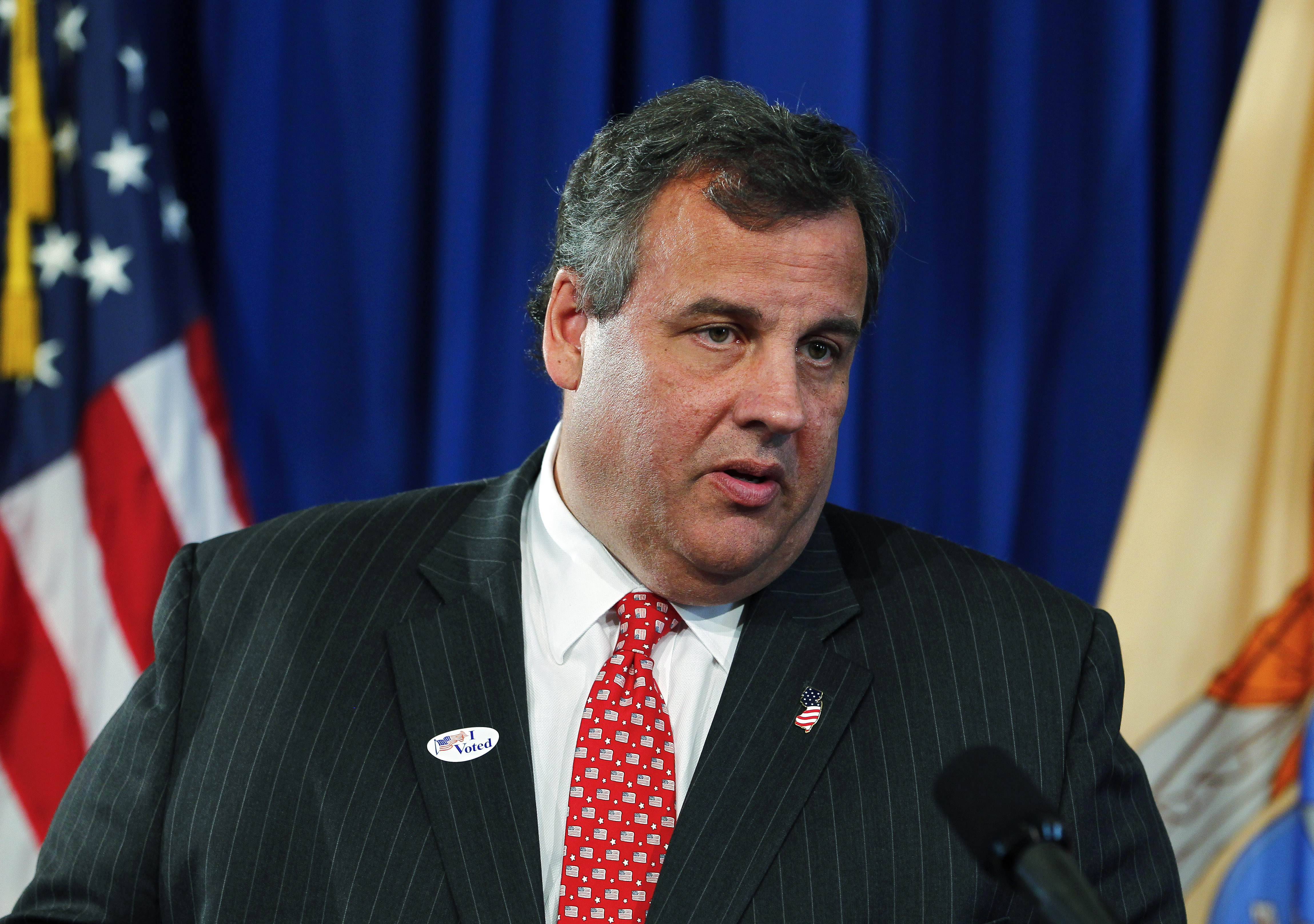 One of the reasons being governor is good training for the White House is that you are forced to react to unexpected and politically-sensitive events. When a hurricane hits, you must manage the emergency response, comfort the victims, and wring money from the federal government. When a senator from the other party dies, you have to appoint his successor without appearing to look politically craven. New Jersey Gov. Chris Christie has faced both of these tests in short succession. The former has burnished his credentials at home, while the latter, pressed on him yesterday by the death of the 89-year-old liberal stalwart Sen. Frank Lautenberg, offered a more perilous moment. Christie had been running for re-election minimizing his Republican credentials in the heavily blue state, campaigning as a can-do problem solver, but immediately he had a partisan political problem dropped in his lap.

Christie solved the dilemma by going with his party: the Chris Christie party. He announced a special election for Oct. 16, 2013, 14 business days before his own election on Nov. 5. By holding the election early, he avoids increased Democratic turnout on his election day, something that might have occurred if a charismatic Senate candidate like Newark Mayor Cory Booker is the Democratic Senate nominee. Christie could have delayed the election until 2014, when Lautenberg's term would naturally end, but that would enrage Democrats in the blue state who would lose a voice and a vote for 18 months. Christie doesn't want angry Democrats upsetting his re-election chances this November, either.

Proving that this was not a cost-free decision, Washington Republicans were angry that Christie didn't do enough for the team by giving them a shot at the Senate seat or at least tipping the balance of the Senate for 18 months. Former House Majority Leader Dick Armey told CNN's Jake Tapper the move was "debilitating stupidity," because the first rule of politics is don't lose the friends you already have for the friends you're never going to get.

This decision will help Christie in 2013. Even if Booker wouldn't have cost him the race, bigger Democratic turnout might have shrunk the margin of victory. (The bigger the margin, the better the springboard to the national race.) It is probably good news for Republican candidates down-ballot who will also benefit from avoiding such a spike. But what does it mean for Christie's 2016 chances? That's the question that had political reporters watching the live feed of Christie's press conference announcing his decision on Tuesday. You'd be safe if you said the decision won't matter at all in 2016, because that's almost certainly true of anything that happens three years before the first primary. But this surprise moment does affect the next presidential race in one aspect: It offers a small window into how a President Christie might act in office, something we might have a passing interest in if he actually makes a bid for it.

Christie's decision about how to handle the newly open Senate seat was a presidential decision in a key way: There were no good options, the decision was thick with politics and self-interest, and he had to move quickly.

So what did we learn about New Jersey's governor? He made a self-interested choice without a great explanation for some of it. (He's acting like a president already!) When pressed for an explanation, he tried to dress it up as a principled stand. He repeatedly refused to back down from a position that wasn't really the salient one: He said he refused to deprive New Jersey voters of an elected voice in Washington. OK, that explains why he decided not to delay the election until 2014--and offers a high-ground rebuttal to Armey--but it didn't explain why he would incur the extra expense ($12 million according to the New Jersey Office of Legislative Services) to hold the election 13 days before his own. He made a series of declarative statements like, "The costs cannot be measured against the value of having an elected member in the United States Senate," which sounds resolute but also falsely implies that the only alternative to the October date was an 18-month delay before an election. It didn't address the question of why you couldn't hold the election on Election Day, November 2013. "The decision is made and that's the end of it," said Christie.

The substantive ground upon which Christie made his claim for the October date was that the statute he was following specifically dictates the number of days between when the governor calls the election and when it must be held. It's hard to imagine that if the incentives were aligned differently the damn-the-consequences governor would have felt so bound by the letter of the law. Alas, his hands were tied.

But it turns out this solution is not that hard. One way to hold the elections on the same day and save the money would have been for the governor to delay his decision 10 days or so. That would have allowed the election to be consistent with the dictates of the statute and fall on the November Election Day. The governor said that delay would have been "irresponsible" because important Senate business on issues like immigration and tax reform would have gone forward--for 10 whole days!--without representation by a New Jersey senator. Perhaps Gov. Christie--always the Washington outsider--isn't familiar with the pace and productivity of the Senate?

Given how simple the fix would have been, Christie's blunt talk seems oddly out of place. "I don't know the price tag and quite frankly I don't care," Christie said in a clip that we can be sure his 2016 GOP primary opponents will show us again when they make a broader attack on his conservative credentials. On the substance, Christie's decision on how to handle his state's vacant Senate seat was politically shrewd, and he may emerge looking even more post-partisan if he's lucky enough to have Dick Armey as an enemy. But he didn't perform as well in how he presented it. The danger for New Jersey's no-nonsense governor, suggested by Tuesday's press conference, is that he may have a tendency to use blunt talk as a dodge. Do that too many times and presidential candidate Chris Christie will undermine his brand. Just ask anyone who hitched a ride on John McCain's Straight Talk Express.