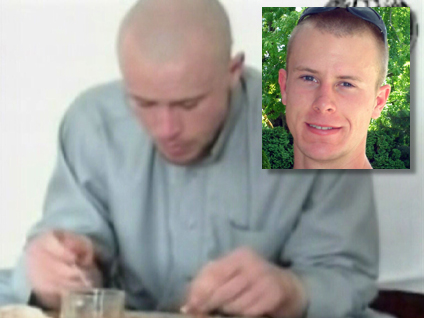 The secret to a robust life?

Child, who more than 40 years ago began educating our palates about the wonders of French cooking, turned 90 on Thursday.

Chefs and fans throughout the world are celebrating the milestone with parties and events, culminating Monday with the opening of "Julia Child's Kitchen" at the National Museum of American History in Washington. The Smithsonian exhibit reconstructs the room in which Child cooked for nearly half a century at her house in Cambridge, Mass.

Age has not withered America's French Chef - her opinions remain strong, voiced in her own peculiar warble. But her 6-foot-2-inch frame is somewhat stooped, from the years and from recent back surgery.

"There is never any reason to be gray," says Child, who was in Northern California for a birthday party at Copia, the American Center for Wine, Food and the Arts in Napa.

Child brought her skill and sensibility to American kitchens in 1961 when her seminal book, "Mastering the Art of French Cooking," was published in 1961. She wrote it with Simone Beck and Louisette Bertholle after Child and her husband, Paul, lived in France for several years. The book became a standard manual for anyone serious about food.

Since then, through 13 books and nine TV series, she has dispensed advice with a dash of humor and a down-to-earth approach that made sophisticated French cooking methods seem simple enough for anyone.

Child was in her 50s when she first appeared as public television's "French Chef" in 1963, a sensible A-line skirt covering her lanky frame.

Though she didn't have movie star looks or a smooth, radio voice, she was a natural, with a charm the camera loved and the ability to simultaneously instruct and entertain. She took cooking seriously but was good-natured about it, wishing viewers "bon appetit" at the end of each show.

Child wasn't always tidy in the kitchen, and just like the rest of us, she sometimes dropped things or had trouble getting a cake out of its mold. In one of her most famously distorted cooking mishaps on "The French Chef," Child was demonstrating the proper way to flip the contents of a pan when they spilled all over her stovetop.

"You can always pick it up if you're alone in the kitchen. Who's going to see it?" she advised, as she scooped up the mess, plopped it in the pan and started cooking again.

Though the story has been embellished over the years to become a chicken or even a whole turkey falling on the floor, Child's message - you do what you have to in the kitchen - remained.

And if things don't work out as planned, she has another rule: Never apologize for your cooking.

As fads have come and gone and cooking methods have changed, Child has adapted, though she steadfastly clings to some ideas. She doesn't mind the microwave. It sometimes comes in handy. But try to cut corners with butter, and she won't stand for it.

"If you're afraid of butter, as many people are nowadays," she said in one of her more recent television shows, "just put in cream!" she proclaimed, with a twinkle in her eye.

Child is never afraid to say what she thinks.

During one program with chef, author and friend Jacques Pepin, Pepin suggested that both white and red wine are good for picnics. He asked Child what she preferred.

"I like beer," she said emphatically, pulling out a well-chilled bottle of beer and two glasses, so they could split it as they cooked.

At the Copia party, where guests laughed at Julia being Julia in a series of clips from her shows, Pepin praised her sense of humor. "With Julia, it's always exciting, it's always fun," he said.

Child credits her longevity to good genes and a habit begun in her 40s of eating everything in moderation. But she often has said the secret to a long life is red meat and gin. Most any type of gin will do, she said during her party in Napa, though she's partial to Gordon's.

A native of Pasadena, Calif., Child moved to the Santa Barbara area late last year. She gave most of the contents of her Cambridge kitchen - about 1,200 items, from her custom-made cabinets down to her rubber spatulas - to the Smithsonian.

Her "signature wall," the light green peg board complete with many of the copper pots and pans she bought in Paris, went to Copia - the "Smithsonian of wine and food," as she calls it.

Paul Child, who died in 1994, designed the kitchen for his wife in the 1960s. The two never had children.

Child still cooks and visits the weekly farmer's market in Santa Barbara. She also travels extensively, and plans to spend the rest of the month on the East Coast. She celebrated her birthday in Maine with family and then planned to travel to Washington for the opening of her kitchen exhibit at the Smithsonian.

To close her party at Copia, a friend read aloud several poems Paul Child wrote for his wife's birthdays over the years. One, written in 1972, ended in a sentiment shared by many American cooks.