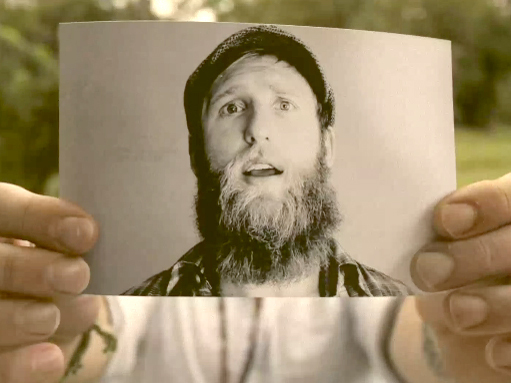 (CBS News) The day before Saturday can mean only one thing: it's time for The Feed's always-epic Friday Music Round-Up! This week we've been spoiled with awesome music videos from some of the world's biggest artists, so in place of our usual one major music item selection, we're actually going to go with two this time. Go ahead and watch Ke$ha's new music video for "Die Young" above and Rihanna's new music video for "Diamonds" below.

Okay, I've got to say, was it just me or were there a whole lot of triangles in Ke$ha's new video? I mean a lot!  Just saying. But getting back on track, these two major artists continue to tear up the charts and radio waves, and it seemed unfair to only feature one of them when they're such heavy hitters on the music scene right now. Props go out to both Ke$ha and Rihanna for some great new music to get the body moving in advance of the weekend.

Next up, we're going to take the tempo down a notch and switch over to some folk and bluegrass music, which I feel needs a bit more representation here on the Friday Music Round-Up. I mean, I am from Texas after all, ya'll... Yeah, that's right, I said it.  So take a listen to this mind-blowing music video cover of one of my personal favorite songs of all time, The Pixies' "Where is my Mind?", performed by the band Trampled by Turtles and produced by Justin Gustavison.

And we're going to keep the bluegrass and folk focus going in the form of our fan submission this week, ya'll! This time around, we had a fan of The Feed submit a request on our Facebook wall! And good thing too, because we couldn't agree with her more that this one needed to make our Friday Music Round-Up. It's got all the right ingredients: a unique concept to the video and a sweet sound to the song. Check out Gabriel Kelley's music video for their song "Only Thing To Do" below directed by Casey McBride.

Our next item on the list shifts from the more Southern-influenced music (though there is a Texas connection in their background) and moves towards the mellow in the form of a very unique sound and striking visual that, one might say, almost isn't even there.  (You'll see. Or not.) Watch the music video for The Peach Kings' song "Lonely" in the Vimeo video below directed by Paul Trillo.

We finish this week's Friday Music Round-Up with an awesome music cover and request that comes from my colleague (and music video sounding board), Casey Glynn. Take a listen to a cover of the band Neutral Milk Hotel's song "In The Aeroplane Over The Sea" by The Avett Brothers and posted by YouTube user crackerfarm in our final item at the bottom.

And with that, I hope you all enjoyed this week's Friday Music Round-Up, and want to give special thanks to fan of The Feed, Rachel Nall, for her excellent suggestion of Gabriel Kelly. As always, please make sure to keep coming back to The Feed for all your viral (and music) video needs!