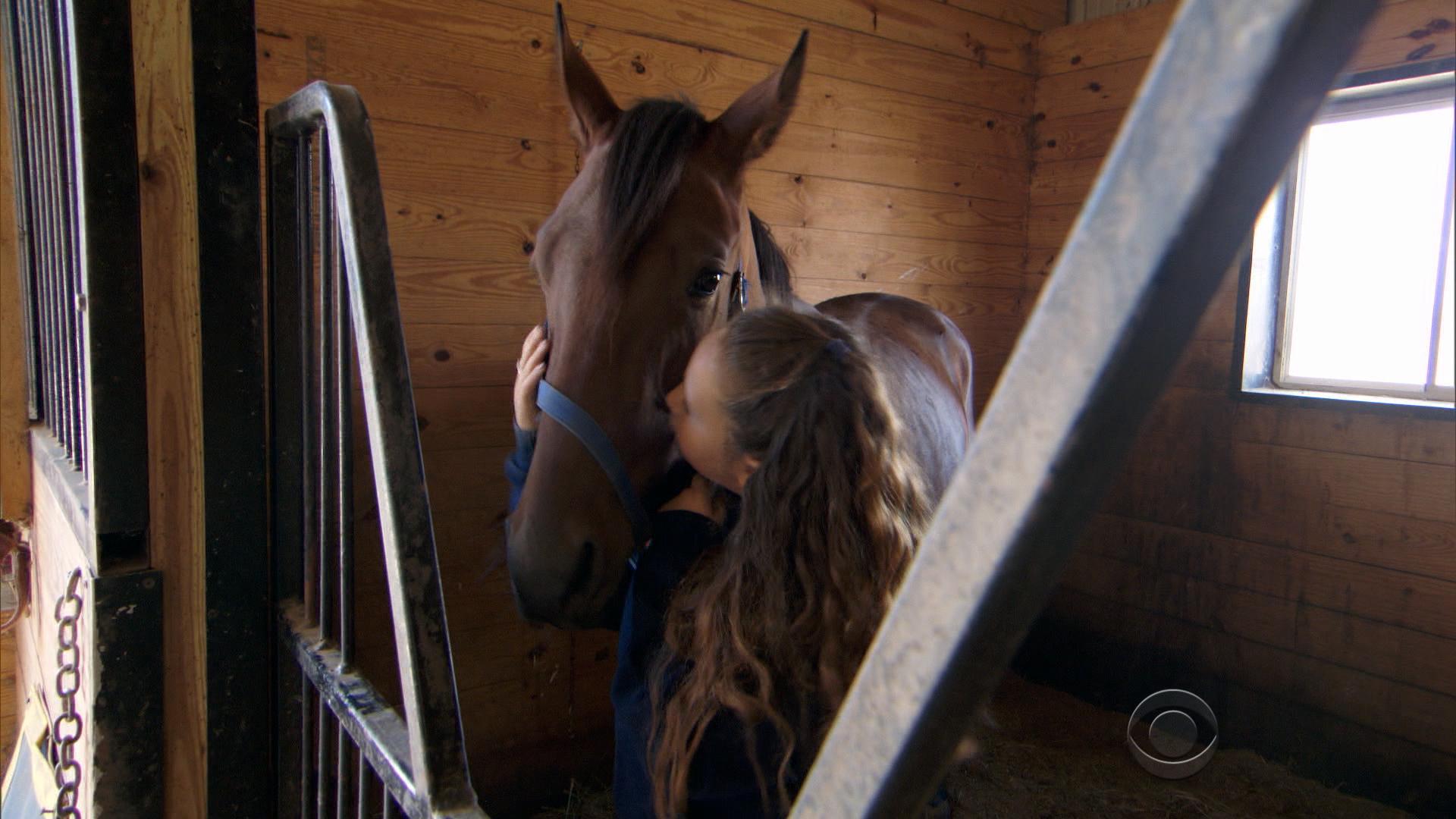 CONNERSVILLE, Indiana -- For as long as her parents can remember, 11-year old Breana Carsey has had this crazy dream. She has always wanted a broodmare -- a mommy horse -- who would give birth to a baby horse, who would then grow up to become a racing champion.

"Absolutely, this was a fairytale for her from day one. We put it off for five years almost because we don't have a farm. So we've gotta go rent stalls somewhere," said her father, Brian Carsey, who explained that his daughter "has me wrapped around her finger."

Her foal was born in the spring of 2013. Breana named it MJB Got Faith for the faith she instantly had in him.

"I really loved him. He's super soft too," she said.

But that quick bond posed a real problem for this pushover dad. See, for whatever reason, Brian thought once he explained to his daughter that her horse could never race -- that it was a runt from poor breeding stock -- she would just agree to sell it.

"She's like, there's no price daddy," he said. "So I'm talking to my wife and it's like, we really got ourselves in a mess here. And I don't know how we're going to get out of this. So we stake him to the races... The horse that I thought we should have gotten rid of already."

Brian was stuck, committed to boarding and training this long shot to end all long shots. And this is not a wealthy family. Brian runs a small logistics company. And Ohio racing -- which is harness-style racing -- is a $900 million a year industry.

MJB Got Faith was so slow it barely even qualified to compete -- but then somehow, some way -- won his first race, then his second, third and fourth -- qualifying him for the state championship held in Columbus, Ohio.

"And I said baby, 'If you finish third, you should be so thankful,'" Brian remembered. "She goes, 'Daddy, if he finishes last I'm going to be thankful. But he's going to win.'"

And so it was: that this little horse with no pedigree -- this pet with no reason for being here beyond the blind faith of a little girl -- won an Ohio Sire Stakes championship.

Breana took home a hundred thousand dollars that day. She half to charity and plans to put the other half toward buying a farm.

"I just want to have a farm and be able to walk out my backdoor and see him," she said.

Since we first told this story last year, things have only gotten better for Breana. She got a national horse racing award and book and movie deals are in the works.

Interestingly, her dad now has a racehorse which he gave a most unusual name: Steve Hartman.

Perhaps because of that poor choice, Brian has yet to win a single race. Hopefully his daughter will let him live on her farm.