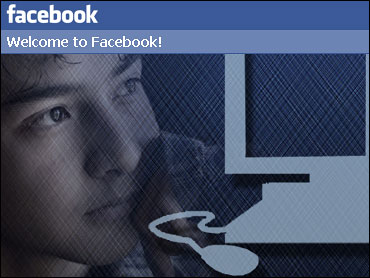 School's back in session and "what may be Gen Y's first official revolution" — as Time has mockingly described it is already under way.

On September 5, Facebook — the social-networking site made up of 9 million users, mostly college students, who post and share personal information in online profiles — unveiled a major change.

A new feature called "News Feed" instantaneously broadcasts virtually every move a Facebook user makes to his online "friends." For example, now, when a user logs on, he will immediately see that "Tim changed his relationship status to 'It's Complicated'" or "Sarah removed Kelly Clarkson from her 'Favorite Music'" or "Randy posted a comment on Jean's wall: 'U rock my world.'" Each alteration to one's profile is even time-stamped, so others can know if "Jenny removed Bill as a friend" while she was supposed to be in her 11 a.m. chemistry class.

Generation Y had previously been shockingly devil-may-care in its attitude towards privacy, but News Feed seems to be the last straw. Within hours of the change, dozens of online protest groups were launched — ironically, some say, on Facebook itself. One group, "Students Against Facebook News Feed," already has more than half a million members, and several other groups boast thousands each. Students are calling News Feed "creepy" and "stalker-ish" and demanding that the feature be promptly removed; others are vowing to spend "A Day Without Facebook" next week, and some have removed their profiles altogether (not an easy thing to do — ask any college student how vital Facebook has become to campus life).

It's easy to dismiss this entire affair as a sign of how pathetic the politics of my generation are — that the only thing that can really rile us up is a slight alteration to a Web site — and admittedly, my first instinct was to do just that. But there are two exciting and important trends that may be emerging as a result of the Facebook Rebellion.

First, students — who have been not only deafeningly silent on invasive government activity such as library record searches and warrantless wiretapping, but have actively volunteered immense amounts of personal information in the face of such a privacy-infringing climate — have finally shown resistance on a mass scale. Will students extend the fight to keeping the government out of their cell phones? It's hard to say, but it's a good sign that so many students are thinking critically about privacy, and more importantly, doing something about it.

Second, the anti-News Feed campaign has proven, once again, that Facebook and other social-networking sites can be astonishingly effective organizing tools. Half a million students in less than three days! It certainly wasn't that easy for MoveOn.

It isn't hard to imagine that, eventually, an issue of a tad bit greater importance — say, the war in Iraq or the massive cuts in student aid — won't animate students to organize over Facebook by the hundreds of thousands, and perhaps even millions. Even if it's just a bunch of mouse clicks, collective action on that scale can never be ignored. The Facebook Rebellion is showing students that they do, indeed, have power in numbers.

Sam Graham-Felsen, a freelance journalist and documentary filmmaker, writes for The Nation, is a contributor to The Notion and is co-author, with Katrina vanden Heuvel, of Sweet Victories.