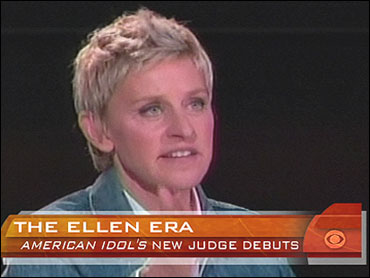 One day in January 2005, an elderly couple was driving down a road in Mosul, Iraq, when without realizing it they passed through a makeshift US military checkpoint. The checkpoint, recalled a sergeant who came upon the scene, was "very poorly marked." Yet, he said, the soldiers "got spooked" and opened fire. The bodies of the couple sat in the car for three days, the sergeant said, "while we drove by them day after day."

That incident was no Haditha or Abu Ghraib. It was a fairly typical day for Iraqis under U.S. occupation. As Chris Hedges and Laila Al-Arian make clear in their exhaustive investigation in this issue, the degradation and killing of civilians by U.S. troops have become commonplace in Iraq. At tense checkpoints, in futile house-to-house searches, as convoys and patrols hurtle down the roads, the official rules of engagement and unofficial day-to-day practices of the occupation often add up to shoot first and ask questions never. The results make for tough reading: a family's dog gunned down for barking, a 2-year-old shot in a spray of gunfire, the terrified scream of a father awakened in a midnight raid. Few such incidents were reported, according to most of those interviewed; even fewer resulted in discipline.

This Nation investigation, based on interviews with 50 soldiers, sailors and marines, marks the first time so many veterans have spoken on the record about civilian casualties at the hands of U.S. troops in Iraq. They have shown notable courage in speaking out about the horrors they witnessed. Most insisted that only a minority in their ranks have killed civilians indiscriminately. Yet such abuses are common enough that many veterans have returned home with deep emotional scars.

It is time to reckon with the weight of evidence that American forces regularly kill Iraqi noncombatants. Occupying armies with little knowledge of the local culture, fighting guerrillas who mingle among the population, have usually meant disaster for civilians. In Iraq, the impossible mission, poor training and inconsistent and irresponsible rules of engagement have compounded the problem, leading many American soldiers to conclude that endangering civilians is simply the cost of staying safe; to consider all Iraqis the enemy; or, under extreme stress, to lash out in revenge after insurgent attacks.

As described by these veterans, the occupation of Iraq has become a classic example of what psychiatrist Robert Jay Lifton calls an "atrocity-producing situation." Their testimony of eroding moral constraint, a direct consequence of the untenable position in which they've found themselves, was confirmed recently by the Pentagon. A May survey by the U.S. Army Medical Command that should disturb every American found that just 47 percent of soldiers and 38 percent of marines agreed that civilians should be treated with dignity and respect.

Veterans of conscience deserve encouragement for speaking up. Instead they face a Congress that has been willfully blind to civilian casualties and has tolerated virtually no reporting on this matter from the Pentagon. It is time for a Congressional inquiry into these daily attacks on Iraqi civilians, one that traces responsibility up the chain of command. Most important, we need to wake up to the true costs of this war. If the President and his aides lie about the war with no consequence, if troops are deployed again and again to prop up a deteriorating occupation, if the rules of engagement guarantee frequent brutalization of noncombatants, then it is no wonder some soldiers conclude that their conduct has few limits. And it should come as no surprise that an occupation of this sort continues to inflame anti-American sentiment throughout the Arab and Muslim worlds. The problem is not a few "bad apples" (Bush's phrase after Abu Ghraib) but the occupation itself. It needs to end.
By the editors of The Nation
Reprinted with permission from the The Nation