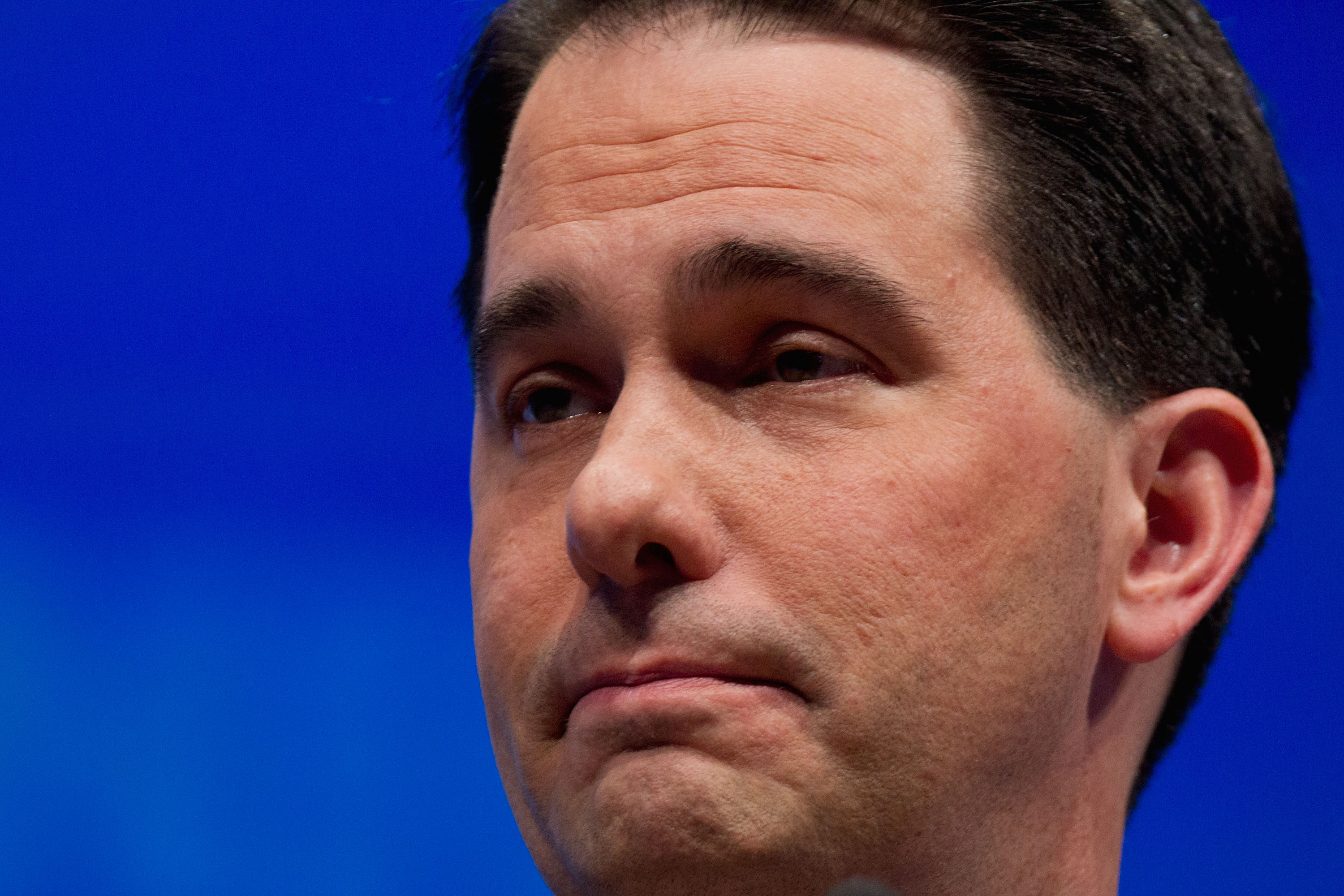 Wisconsin Gov. Scott Walker may survive, but the Walker Hypothesis seems dead. In a poll released by Marquette University Law School on Wednesday, Walker's Democratic challenger, Mary Burke, has her biggest lead among likely voters, 49 percent to 47 percent. In May Burke trailed Walker 48-45, but pulled ahead by one point (47-46) in July. Walker's recent attempts to define Burke, including the risky attack on the practices of her family company, haven't appeared to work.

As I wrote earlier this month, the Wisconsin governor's race touches a lot of national themes. On the Democratic side, it is a test of the strength of union forces that have branded Walker enemy No. 1 and a test of how effectively a candidate can be attacked for those who back him. (Walker has been supported by the Koch brothers.) But the biggest national test taking place in Wisconsin is a test of the Walker Hypothesis, which held that a politician who enacted conservative policies and didn't shrink from the resulting controversy would be rewarded by a wide range of voters--conservatives, but also swing voters. It was a model that conservatives offered not just for other GOP governors, but for the party's presidential candidates.

With each new poll showing a close race, that hypothesis grows weaker. Walker may win (he's ahead by three points with registered voters, he's an incumbent, has lots of money and is a fierce competitor) but the polls seem pretty conclusive that it will only be through a grinding and close political battle where he relies deeply on his base. That's not how the hypothesis was supposed to work. "Results trump everything else," Walker told National Review last November. "If you deliver, voters will stick with you," he said during his book tour as he explained how he could capture a wide group of voters in a battleground state.

Walker has been recently talking about what he has delivered and touting the state's economic record, but it hasn't improved his standing much in the polls. In fact, in this poll, 48 percent of voters say Wisconsin lags behind other Midwest states in job creation (a charge Burke has been making), which is an increase from the 43 percent who said so last month.

Walker's broadsides, by contrast, don't appear to have paid off yet, which is why Democrats are happier than a two-point lead would seem to justify. They think Burke has withstood some of the strongest stuff that can be thrown at her. The biggest blow was Walker's attack on the outsourcing practices of Trek Bicycle, the company her father founded and where Burke was once an executive. Seventy-three percent of Wisconsin voters think outsourcing reduces jobs and wages of American workers. The ones who believe that strongest are in Burke's base. In such a polarized state, Walker's goal was to drive down support among his opponent's core voters. Since Burke was undefined and is running as nonideological rather than as a populist rabble-rouser, that seemed like a good bet. But the latest poll shows Burke with 89 percent support among Democrats, roughly where that number has been for the last several months. Democrats are also more enthusiastic about the contest. Eighty-two percent say they will certainly vote, whereas only 77 percent of Republicans say the same.

The Wisconsin contest offers an example of a familiar campaign dynamic: Walker isracing to define his challenger before she can define herself. In March, 59 percent of state voters said they didn't know Burke, who is a first-time statewide candidate who has far less money in her campaign coffers than Walker. In July, 49 percent said the same. Now 35 percent still say they haven't heard enough about her or don't know if they have a favorable or unfavorable view of her.

Because Walker is so very well known in the state--only 4 percent of voters do not have an opinion of him--and opinions about him are less likely to change than about his opponent, that put an even greater emphasis on defining Burke. In July Burke had a 26 percent favorable and 24 percent unfavorable rating. Now those numbers are 33 percent favorable and 32 percent unfavorable. Walker's hope was that the more people got to know Burke the less they would like her. That hasn't happened yet either.